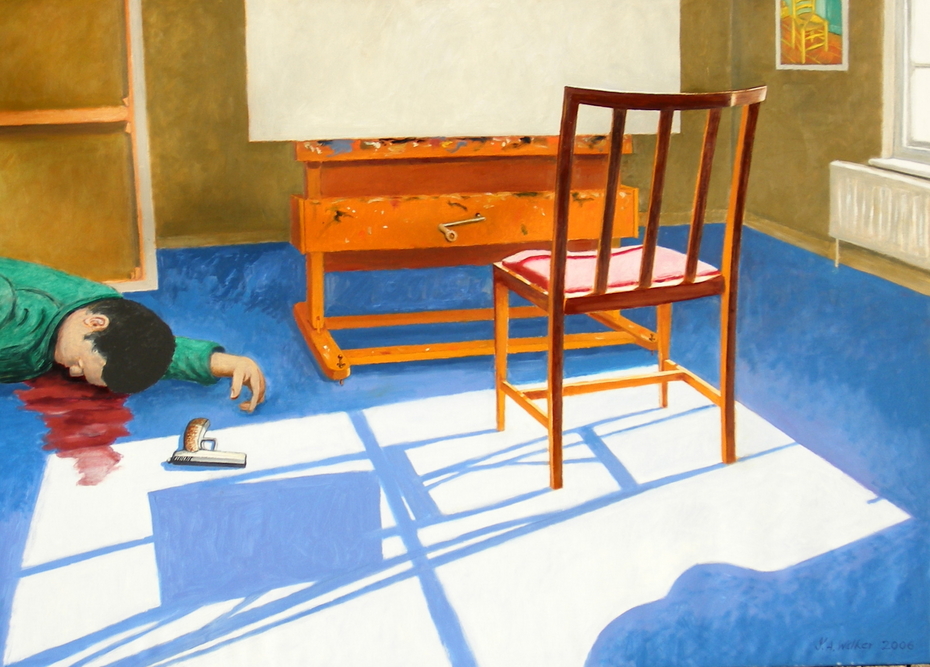 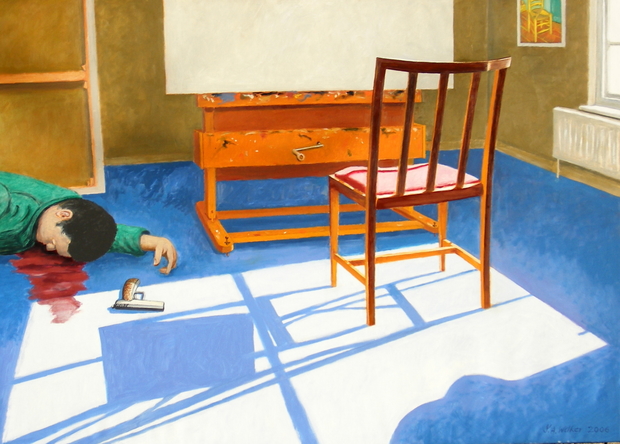 2006
The scene is a painter’s studio. An artist lies dead on the floor having shot himself with a handgun. Blood seeps from his head and stains a blue carpet. On the easel is a blank canvas - probably a sign of creative block. I was experiencing such a block and solved the problem by making it the subject of a picture. In front of the white canvas is a simple wooden chair made during World War II - it is in fact a Utility brand dining chair which I inherited from my parents. On the wall to the right is a reproduction of van Gogh’s equally simple peasant ‘Yellow Chair’ (1888, oil on canvas, London: National Gallery) , an image which Vincent borrowed from a woodblock engraving by Luke Fildes of the empty chair of Dickens in his study after his death, which was reproduced in The Graphic (9 June 1870). The empty chair signifies the absence of the owner, death even. Van Gogh, of course, is an artist who is famous for committing suicide by shooting himself in a cornfield in Auvers sur Oise in 1890.
It may seem cynical to describe an artist’s suicide as ‘a final career move’ but it is often the case that such an act adds to the artist’s fame and since it brings to a halt his or her production, the extant works can increase in financial value. Any contemporary artist who is thinking of suicide must surely be aware of its possible posthumous benefits. The painting is executed in a traditional figurative style and could be regarded as reviving the Victorian genre of narrative pictures. However, the strong vertical, horizontal and diagonal lines generated by the easel, chair and the shadows of the chair cast by sunlight entering from a window on the right, add a strong design element that owes a debt to more recent abstract art. 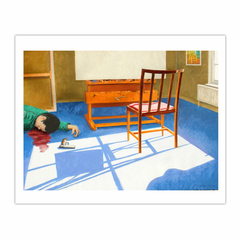