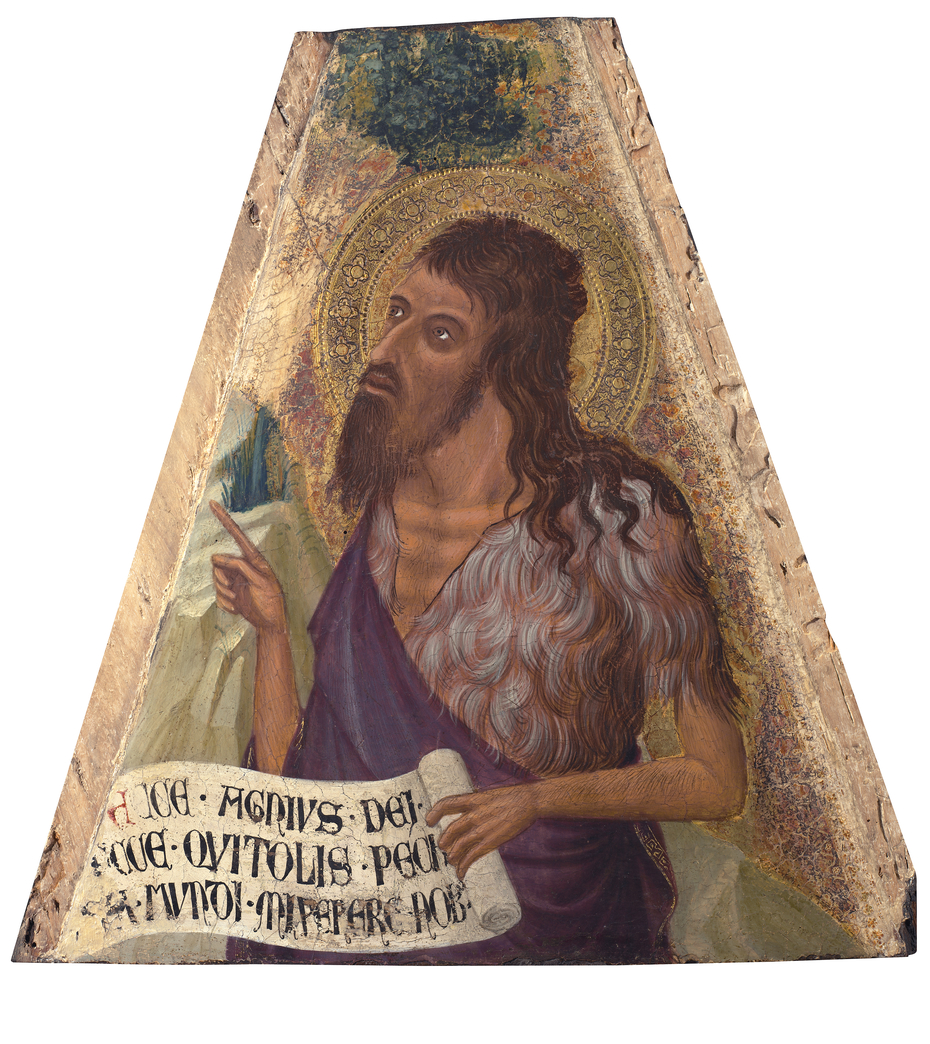 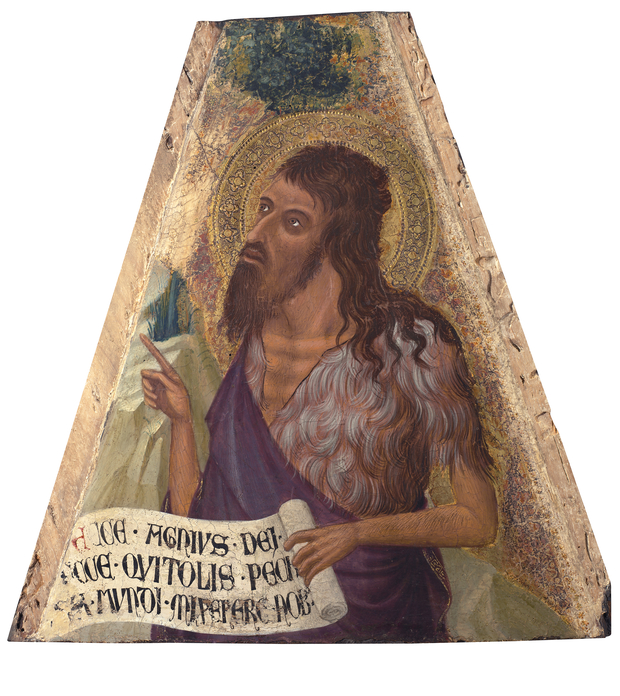 1337 - 1342
Recent studies show that this small late Gothic painting was originally part of an altarpiece dedicated to St. Crescentius. This altarpiece was one of four commissioned by the cathedral in Siena as part of a grand decoration scheme to celebrate the city’s patron saints and the Virgin Mary.

The altarpieces were highly innovative in their overall structure and subject matter and placed Siena at the forefront of the avant-garde of the time. Simone Martini (ca. 1280-1344) delivered the first of the four in 1333, Ambrogio and his brother Pietro Lorenzetti (ca. 1280-1348) supplied theirs in 1342, and the altarpiece by Bartolomeo Bulgarini (1300/1310-1378) and the Master of the Palazzo Venezia Madonna (ca. 1340-1360) arrived in 1351 as the last. All have later been removed from the church and dismantled into individual pieces that are now housed in museums around the world.

Apart from the large central panel of the St. Crescentius altarpiece, now at the Uffizi in Florence, only the top panel depicting St. John the Baptist can be conclusively attributed to Ambrogio’s altarpiece. St. John is shown as the ascetic prophet described in the Bible, a figure who garbed himself in camel’s hair and subsisted on grasshoppers and wild honey. His slightly parted lips appear to be uttering the words on the scroll, “Lamb of God, Who takest away the sins of the world, Spare us, O Lord!”

License:
Courtesy of the National Gallery of Denmark
For more:
http://www.smk.dk/en/explore-the-art/highlights/ambrogio-lo…