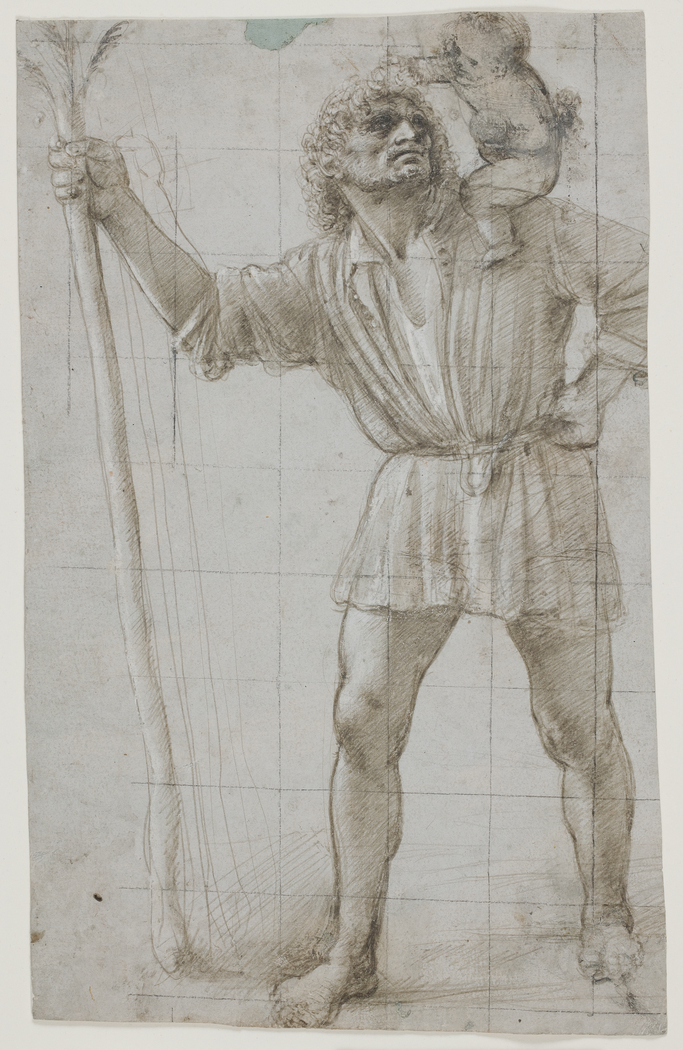 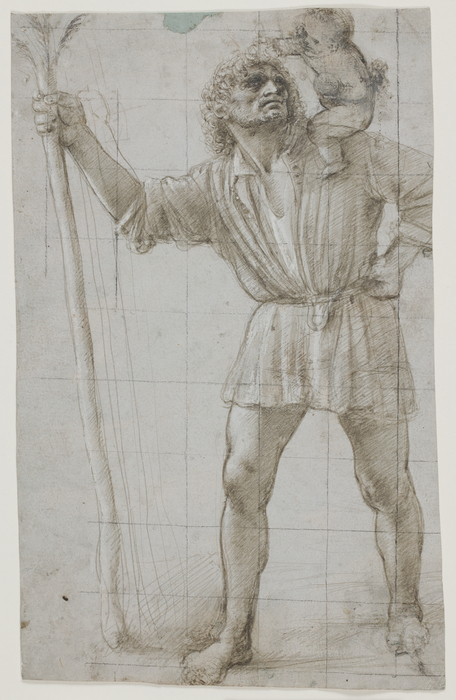 St. Christopher with the Infant Jesus

Bramante is best known as an architect, but he began his artistic career by painting and drawing. A small number of paintings – all frescoes except one – and an even smaller number of drawings from his hand are known today.

The drawing's motif
A late medieval legend tells of a giant who offers his services to the strongest person in the world. After having worked for both the emperor and the Devil in turn, exposing their weaknesses, he recognises the invincible strength of Christ and decides to serve God by helping pilgrims cross a turbulent river.

Having adopted the form of a child, Christ accepts the giant’s assistance, but in the middle of the river he reveals himself as the lord of all creation, forcing the giant to his knees. At the moment the giant, overpowered by the divine force, is pushed under the water he is baptised, and in confirmation of his baptism his staff bursts into leaf. Henceforth he is called Christophorus, the Christ-bearer.

An unfinished drawing
Bramante’s tentative indications of the placement of the staff tells us that the drawing is unfinished. The squaring of the picture plane clearly shows that the image is so close to completion that it can serve as the basis for another picture. Perhaps it was intended as a study for one of the colossal frescoes that many church façades in Lombardy, particularly in the Alps, were decorated with in order to protect the faithful against sudden death.﻿

License:
Courtesy of the National Gallery of Denmark
For more:
http://www.smk.dk/en/explore-the-art/highlights/donato-bram…