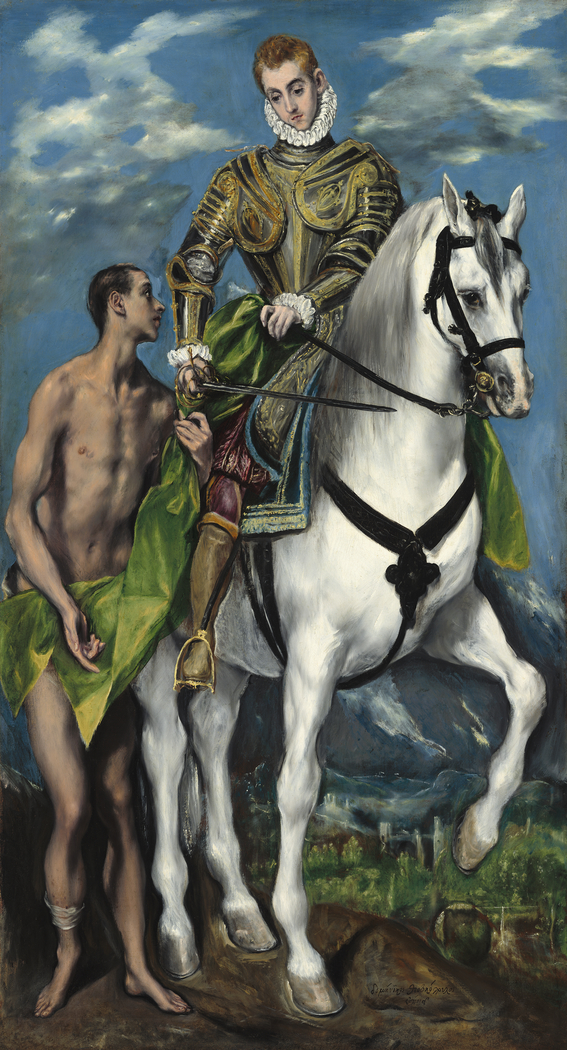 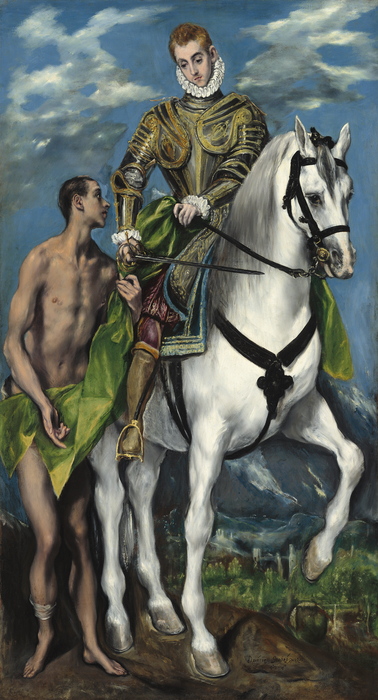 Saint Martin and the Beggar

1599
Commissioned for the Chapel of San José in Toledo by Martín Ramírez, a namesake of the saint and donor of the chapel, Saint Martin and the Beggar was part of one of the artist's most successful ensembles.

The saint, who lived during the reign of Constantine the Great, was a member of the imperial cavalry stationed near Amiens, in Gaul. Coming upon a shivering beggar near the city gates on a cold winter day, the young soldier divided his cloak with his sword and shared it with him. Tradition has it that Christ later appeared to Martin in a dream, saying, "What thou hast done for that poor man, thou hast done for me."

El Greco portrayed the fourth-century saint as a young nobleman, clad in elegant gold-damascened armor, astride a white Arabian horse. Seen from a low vantage point, the figures seem monumental, looming over the landscape with its distant view of Toledo and the river Tagus. The saint's relatively naturalistic proportions contrast with the attenuated form of the nearly nude beggar. The obvious distortion of the beggar's form suggests that he is not of this world and hints at the later revelation of his true identity in Martin's dream.


Note by the contributor Emily Wilkinson:
In this painting, El Greco depicts Saint Martin of Tours. Martin was known best for one particular hagiographical account, according to which he divided his cloak to share with a beggar who only had rags. 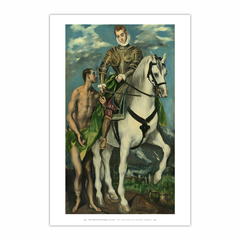