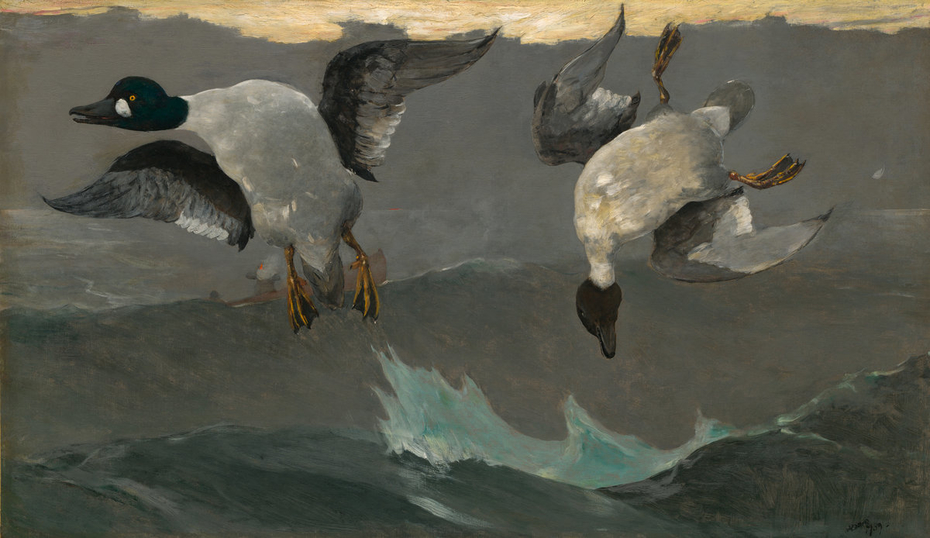 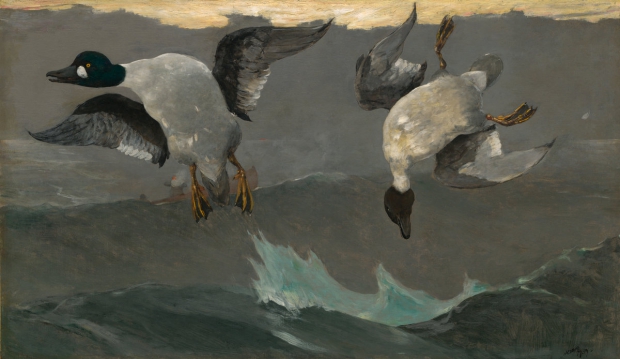 1909
Right and Left, painted a year before the artist's death, is the culminating achievement of Winslow Homer's extraordinary career. The title, provided by a viewer during the work's first public showing, refers to the act of shooting the ducks successively with separate barrels of a shotgun. Some scholars have suggested that the dull expression, the slackened feet, and the diving posture of the duck on the right indicate that it is the one which has been hit by the hunter's initial blast. Its mate is attempting to escape the second shot which has just been fired—as evidenced by the vermilion flash and billowing gray smoke barely visible at the middle left. Yet the downward posture may be an effective escape maneuver, while the arrested motion of the duck on the left might indicate that it is the one which has been hit. Homer may have conveyed an ambiguous message deliberately, in order to illustrate that crucial moment of transition between life and death.

We witness the scene from the ducks' elevated vantage point, a precarious perspective that encourages empathy with the threatened creatures. By underscoring the fleeting nature of these birds' existence, Homer reminds viewers of the fragility of their own.