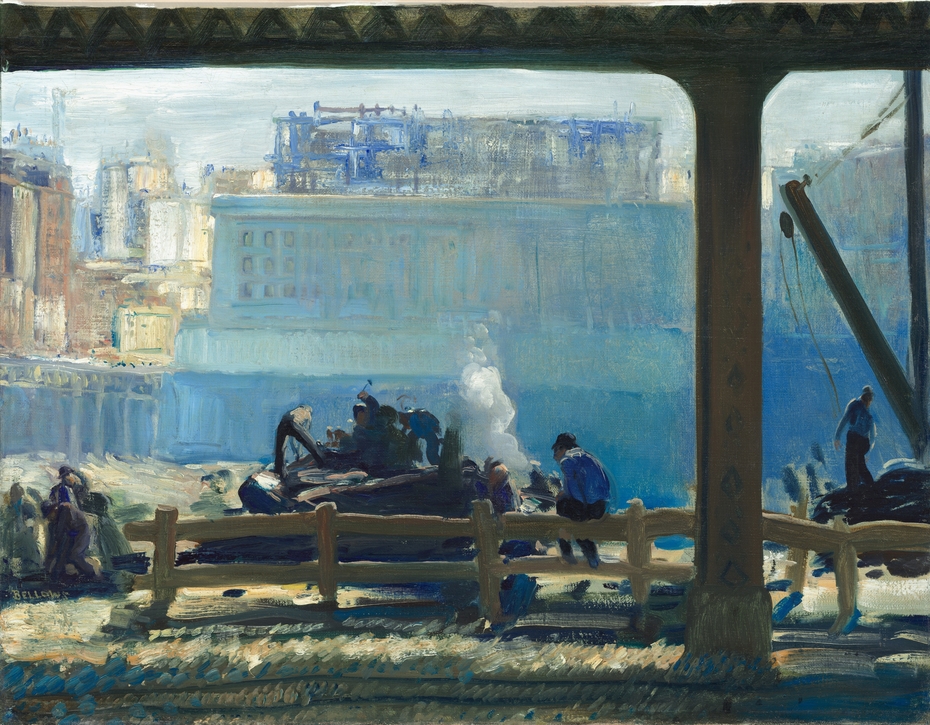 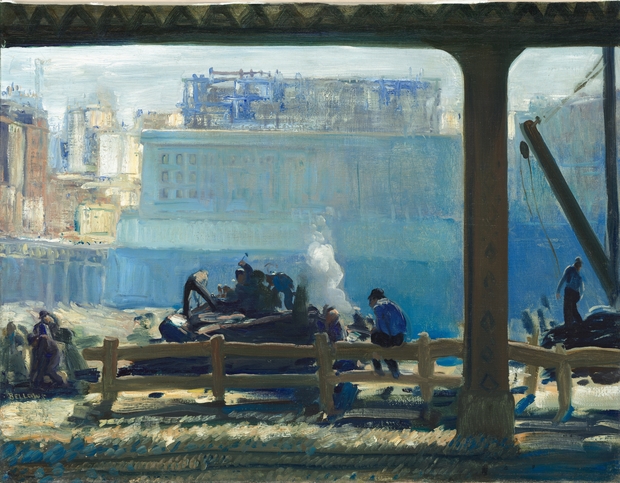 1909
Blue Morning is the last of four paintings that George Bellows executed from 1907 to 1909 depicting the construction site of the Pennsylvania Station railroad terminal in New York City. Undertaken by the Pennsylvania Railroad and designed by architectural firm McKim, Mead, & White, Pennsylvania Station (more commonly known as Penn Station) was an enormously ambitious project that helped transform New York into a thriving, modern, commuter metropolis. The building project was of considerable interest to the public, and throughout the years that Bellows worked on these paintings, newspapers and magazines regularly reported on the station’s progress.

The three other paintings in the Penn Station series all focus on the gaping excavation pit, and the two that were publicly exhibited at the time, Pennsylvania Excavation and Excavation at Night, were criticized for their “brutal crudity” and “grim ugliness.” Bellows seems to have addressed these criticisms in Blue Morning, because it is a far more aesthetic and impressionistic rendering of the subject. The unusual backlit composition minimizes the pit and instead focuses on the laborers working in the foreground. McKim, Mead, & White’s partially completed terminal building is visible in the distance.