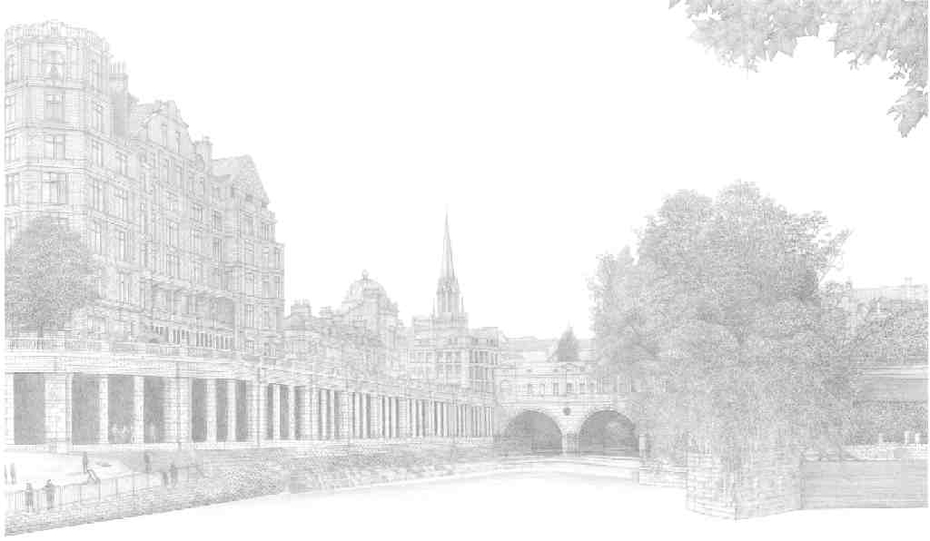 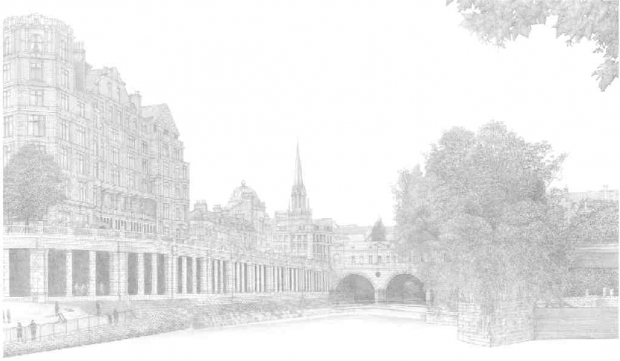 It was completed by 1774, and connected the city with the newly built Georgian town of Bathwick.

Designed by Robert Adam in a Palladian style, it is one of only four bridges in the world with shops across its full span on both sides.

It has been designated as a Grade I listed building.

Within 20 years of its construction, alterations were made that expanded the shops and changed the façades.

By the end of the 18th century it had been damaged by floods, but it was rebuilt to a similar design.

Over the next century alterations to the shops included cantilevered extensions on the bridge's north and south faces.

In the 20th century several schemes were carried out to preserve the bridge and partially return it to its original appearance, enhancing its appeal as a tourist attraction.

Although there have been plans to pedestrianise the bridge, it is still used by buses and taxis.

The much photographed bridge and the weir below are close to the centre of the city, which is a World Heritage Site largely because of its Georgian architecture.

License:
All rights reserved. Exhibited on USEUM with the permission of the rights owner.
For more:
http://visitbath.co.uk/things-to-do/attractions/pulteney-br…