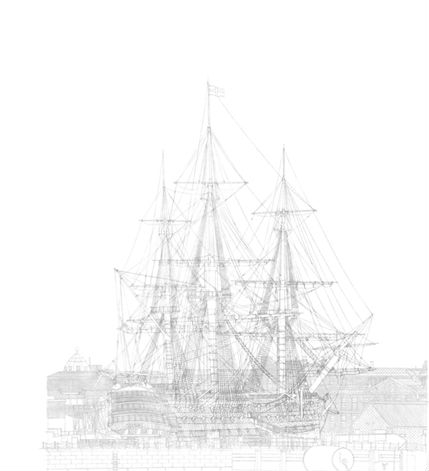 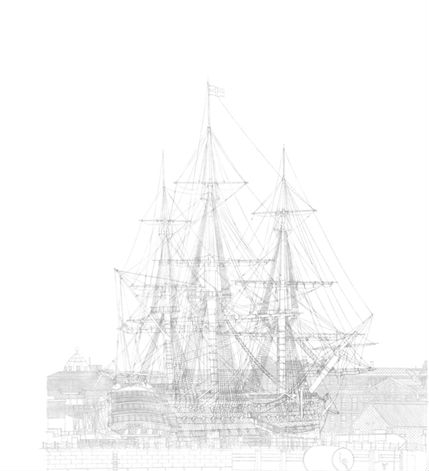 She continued in active service for the next 34 years which included her most famous moment-the Battle of Trafalgar in 1805.

In 1812 the Victory was retired from frontline duty and anchored in Portsmouth Harbour, on the south coast of England.

For the next 110 years the Victory remained at her moorings in Portsmouth Harbour fulfilling a combination of practical and ceremonial roles.

In 1922, amid fears for her continued survival, the Victory was moved into Portsmouth's Royal Naval Dockyard and placed in No2 Dry Dock.

Work then began on restoring the Victory to her 'fighting' 1805 condition and continues today.

License:
All rights reserved. Exhibited on USEUM with the permission of the rights owner.
For more:
http://www.hms-victory.com

More artworks by Matthew Grayson >
Send it as
an e-card