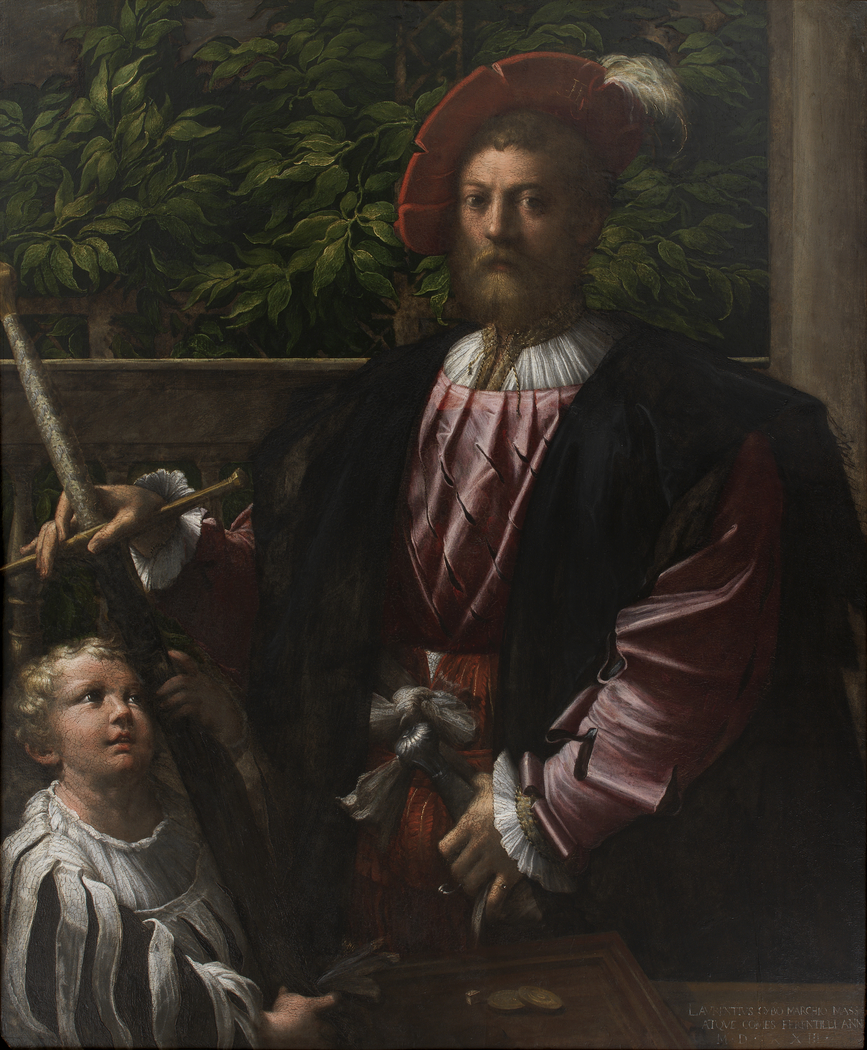 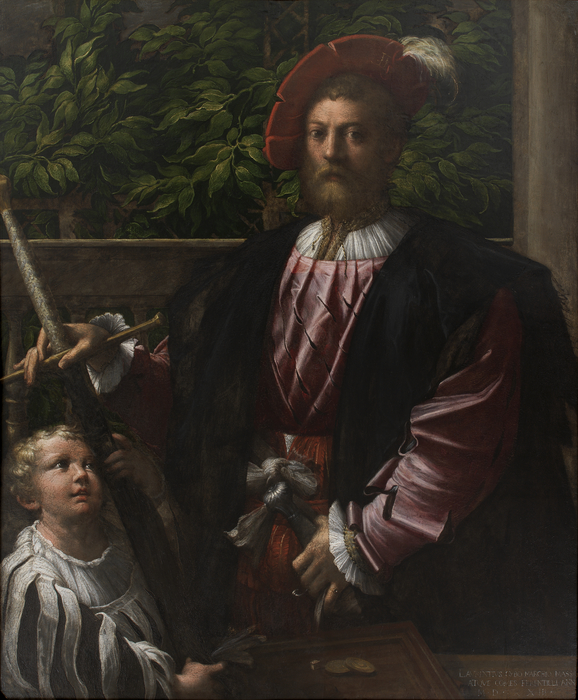 ”As a result of his fame, Lorenzo Cybo, the captain of the Swiss guard and a very handsome man, chose to have his portrait painted by Francesco; one might say that the artist did not so much portray him as create him of flesh and blood.”

Parmigianino certainly brings to life the blond Italian, whose straight posture and reserved gaze radiates a certain arrogance. Striking a relaxed pose, he holds a dagger and an impressive twohanded broadsword so heavy that a small, eager boy lends support.

The painting's object
The weapons and the year 1523 at the bottom of the painting presumably refers to the year in which Lorenzo Cybo was appointed captain of the Pope’s personal guard. The professional duties did, however, leave some time for pleasure, as demonstrated by a gaming table complete with dice and chips.

The artistic production of Parmigianino
Parmigianino died young, only 37 years old, and consequently his body of work is quite limited. His most famous work is a small self-portrait in which the artist’s face is reflected in a round convex mirror; a work that is regarded as the cornerstone of the Mannerist style.

License:
Courtesy of the National Gallery of Denmark
For more:
http://www.smk.dk/en/explore-the-art/highlights/parmigianin…