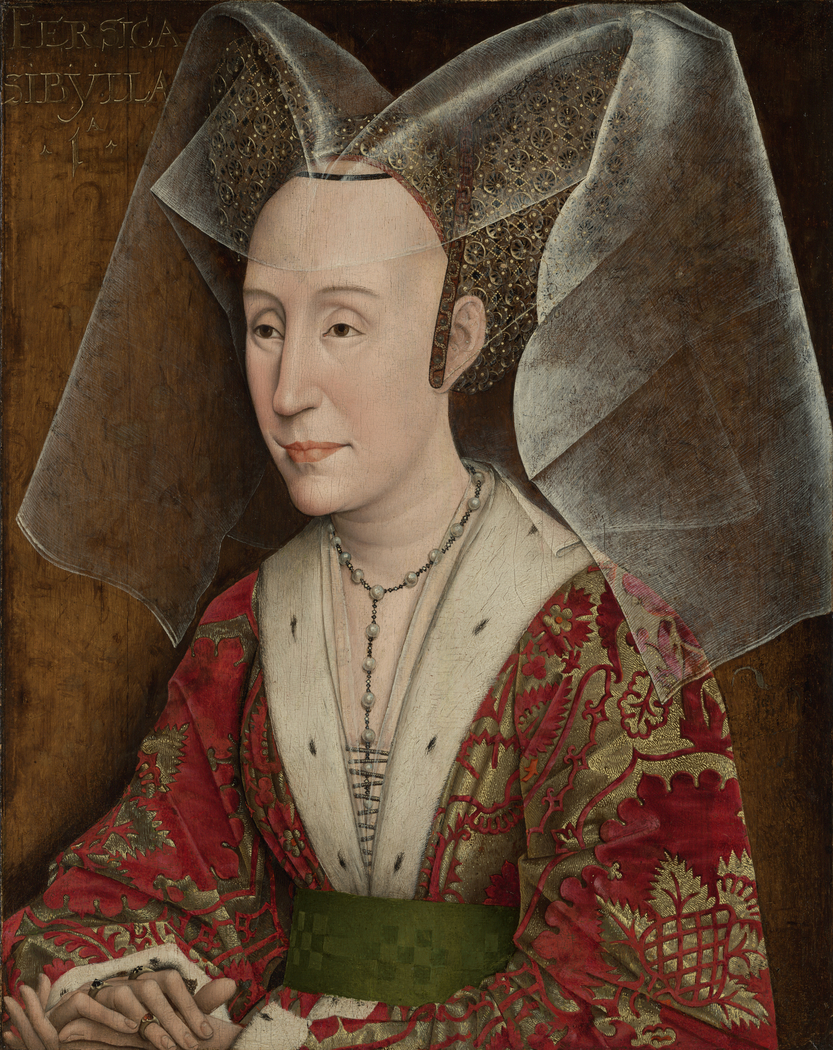 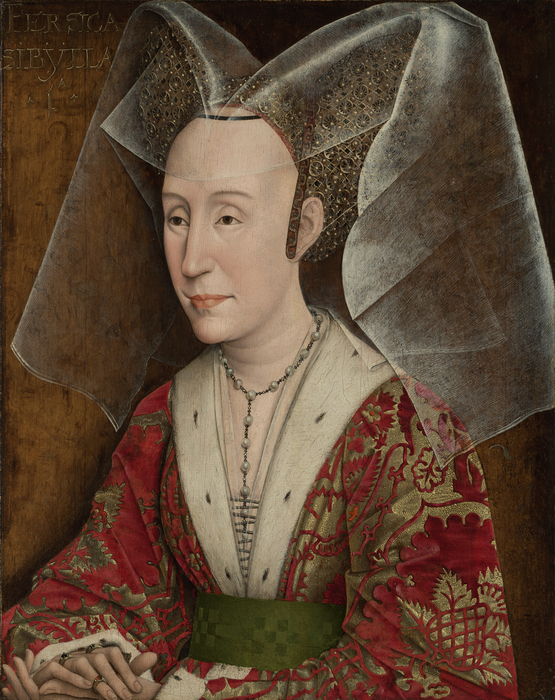 Portrait of Isabella of Portugal

1450
Seated with her hands crossed in her lap, Isabella of Portugal, the duchess of Burgundy, conveys the poise and confidence of her noble position. Her sumptuous attire, heavily woven with gold thread, and her jeweled fingers and headdress reflect her aristocratic status. Oddly, the artist did not match the patterns of the sleeves, as would have been customary during this period.

In fact, the duchess never actually sat for this portrait, which may account for the misunderstood representation of her clothing. Scholars believe that the artist copied
Workshop of Rogier van der Weyden

The prominent inscription in the upper left corner of the panel, PERSICA SIBYLLA IA, suggests that the portrait was part of a series depicting sibyls. This identity strikingly contrasts with Duchess Isabella's costume. Scholars believe that someone other than the original artist added the inscription, as well as the brown background meant to simulate wood, some time after the portrait was painted.

License:
Courtesy of The Getty
For more:
http://www.getty.edu/art/collection/objects/651/workshop-of…