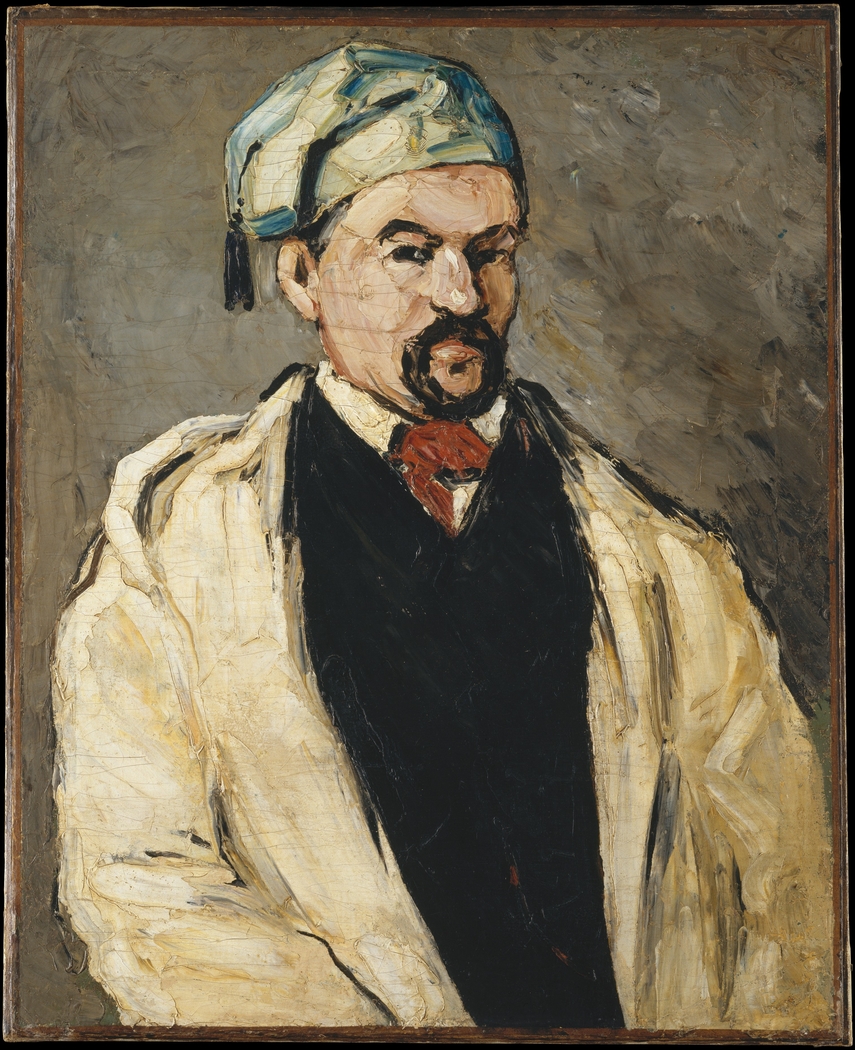 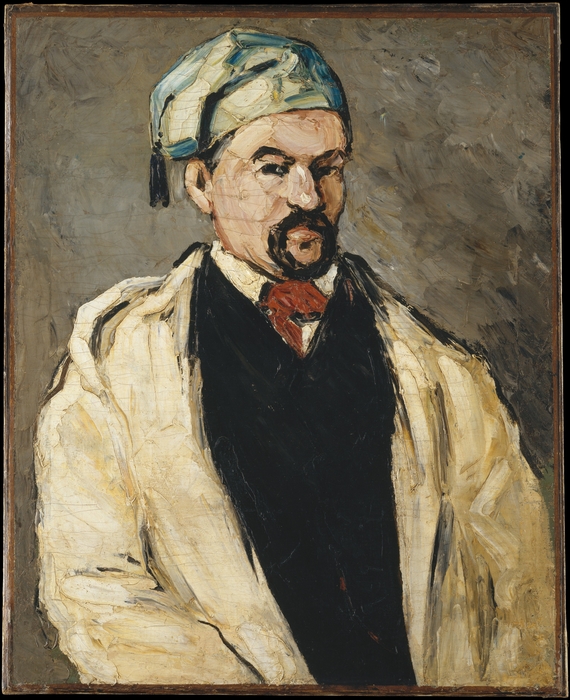 1866
In the autumn of 1866, Cézanne undertook a series of paintings of his maternal uncle, Dominique Aubert, in different costumes. Here, he dons a robe and tasseled blue cap. In another work in The Met’s collection, he poses as a monk (1993.400.1). A friend reported: "Every day there appears a [new] portrait of him." Cézanne applied his paint directly with a palette knife on the coarsely woven canvas, giving these pictures what he called a "gutsy" character.

License:
Courtesy of the Metropolitan Museum of Art
For more:
https://www.metmuseum.org/art/collection/search/435870