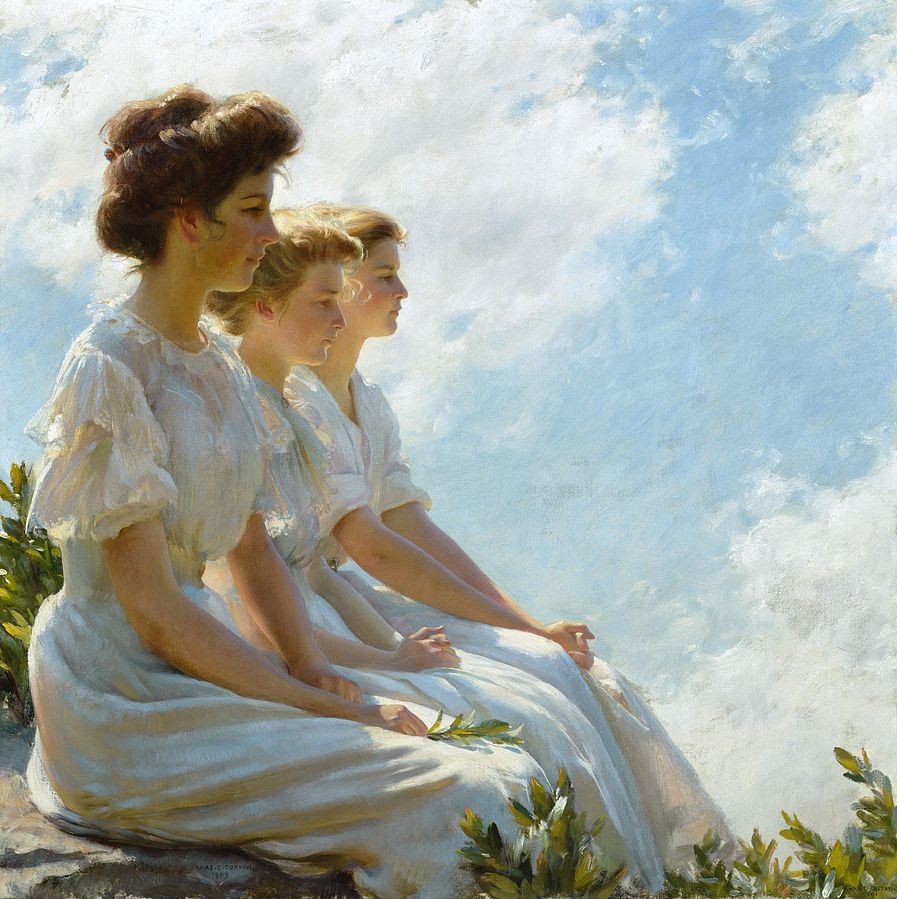 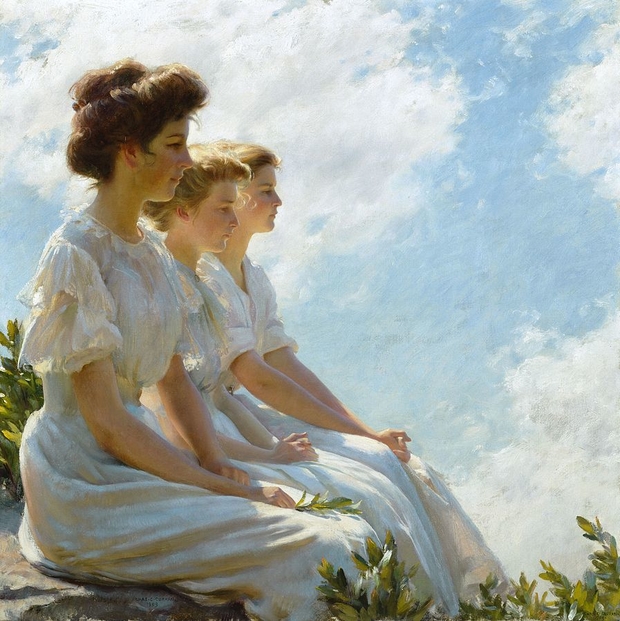 1909
Many of the paintings, such as this one, that Charles Courtney Curran completed while summering at the Cragsmoor art colony near Ellenville, New York, reflect the genteel, idyllic nature of the community, with figures set within the picturesque landscape of the area. Here, three idealized young women are silhouetted against a sunlit sky as they pose perched on a boulder. Curran’s treatment of bright summer skies, which often took up the greatest portion of his compositions, became a hallmark of his paintings from Cragsmoor.