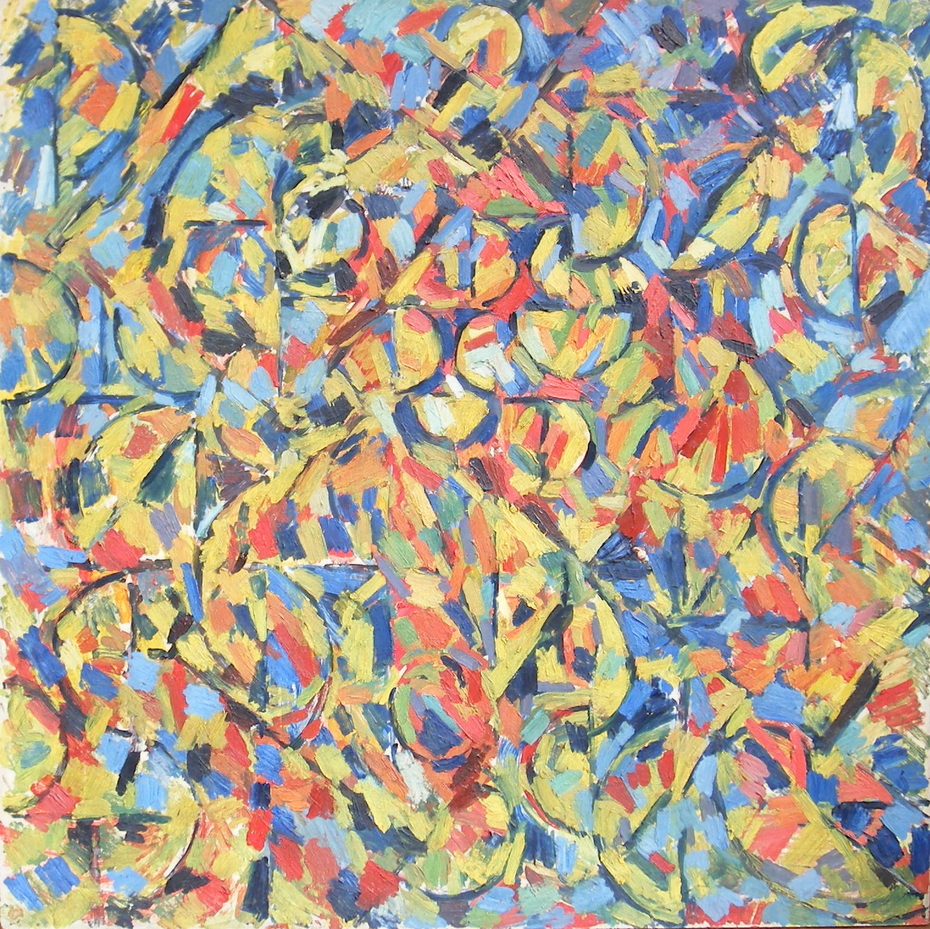 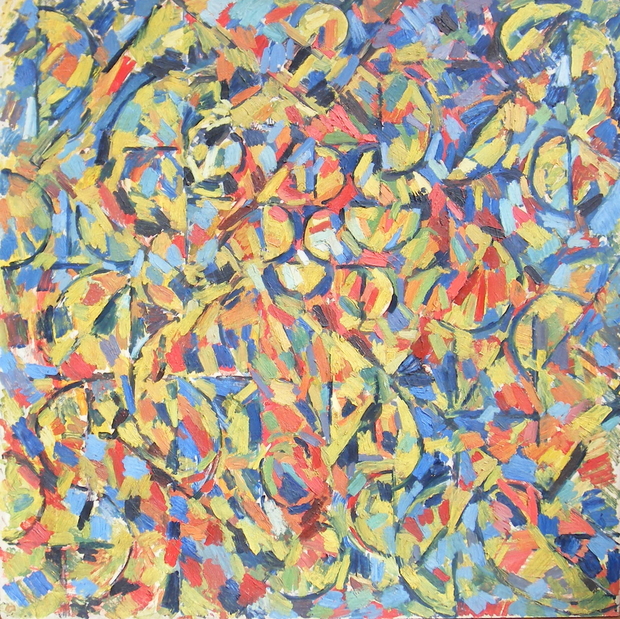 1958
This painting was produced while I was at art school in Newcastle upon Tyne. It was based on observations of a female nude. However, the picture was rotational in that it was turned during production resulting in a virtually abstract composition. (The painting could be displayed on a wall in eight possible ways. ) In this work, the legacy of modern art was being assimilated: the aim was to combine the emphatic brushstrokes of van Gogh and Cézanne with the colour of Les Fauves, and to achieve rhythms by repeating colour accents. The use of cold and warm hues created a push-pull effect previously described by Hans Hofmann. The intuitive brushstrokes constituted a multidirectional network that was in tension with a rough grid of curves and squares. Spatial ambiguities resulted from the fact that the brushstrokes stressed the flat surface but also carved into the space behind, cubist fashion. Pictorial ambiguities and contradictions meant that this painting could be viewed for hours without exhausting its ‘content’. (The work was shown in a Young Contemporaries exhibition in London where it was seen and praised by art critic John Berger wrting in The New Statesman.) 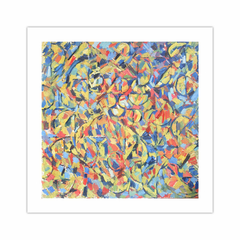