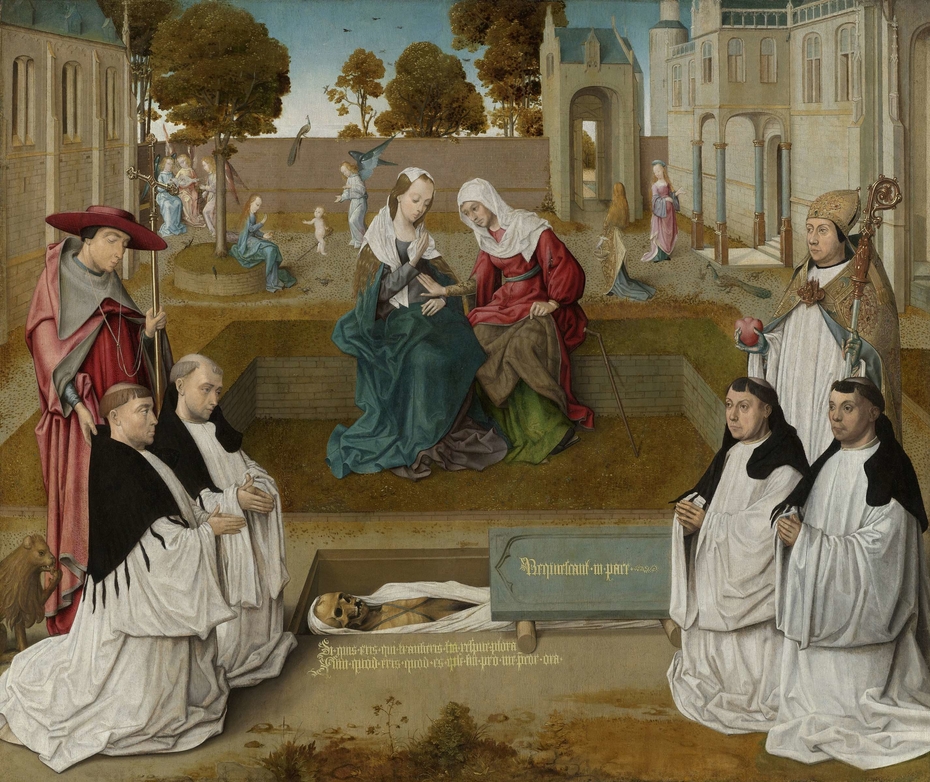 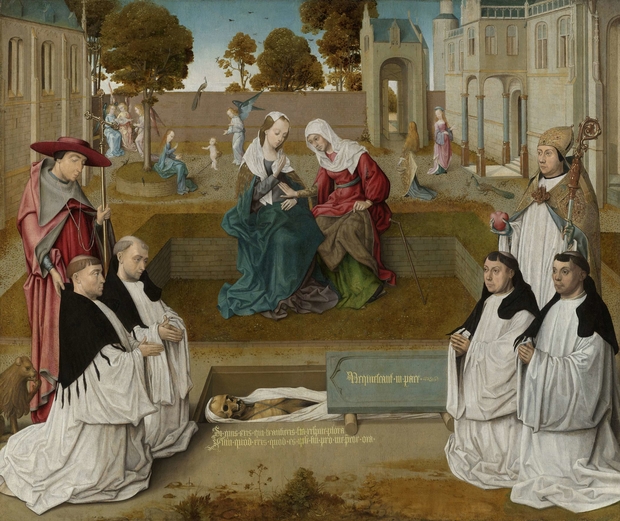 1500
This ‘memorial tablet’ was painted in commemoration of the four canons depicted on it. The partially decayed corpse in the open tomb reminds the viewer of his own mortality and asks for his prayers: ‘Whoever passes by, look and weep. What you are, I once was, what I am, you will become, I beseech you to pray for me’.

The painting depicts a closed courtyard with four praying Augustinian canons, supported by the aforementioned saints. The cover of the grave reads Requiescant in pace. This illustrates the earthly transcendence. Mary and her cousin Elisabeth are portrayed in the centre of the panel, the so-called Mary-Visitation as a symbol of hope. The work presumably dates back to the period between 1490 and 1500. It is currently located in the Rijksmuseum in Amsterdam. Remmett van Luttervelt (1952) assumed the painting was commissioned by the Augustinian priory of the monastery Sancta Maria in Monte Sion, of which Augustine and Jerome where the patron saints. Jeremy Bangs (1979) set forth the possibility that the four depicted canons were in fact the four regulars who subsequently served as rectors of the female monastery Mariënpoel, close to Leiden. [Translated from source by Jesse Voetman]