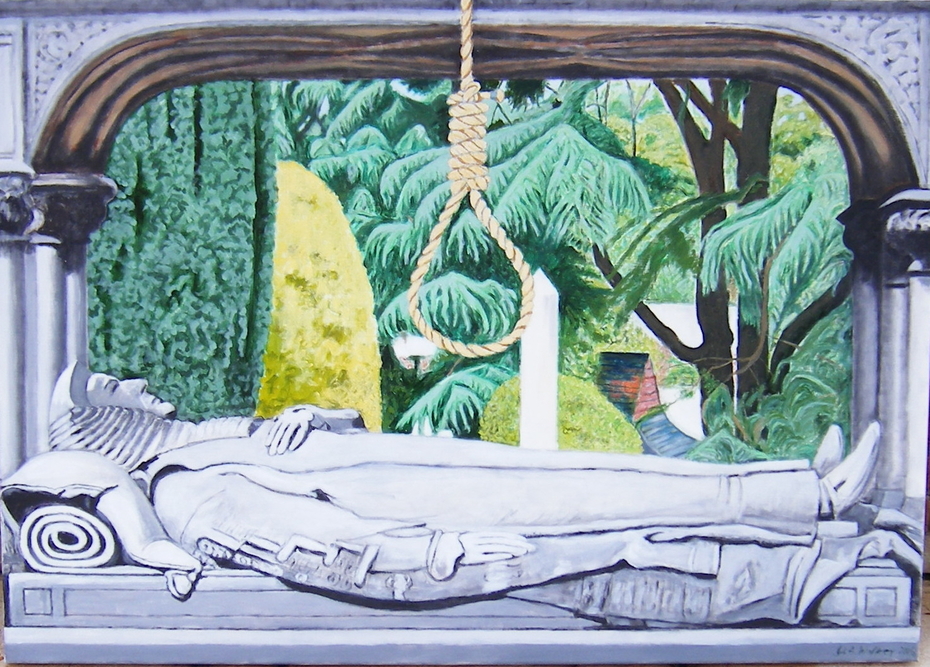 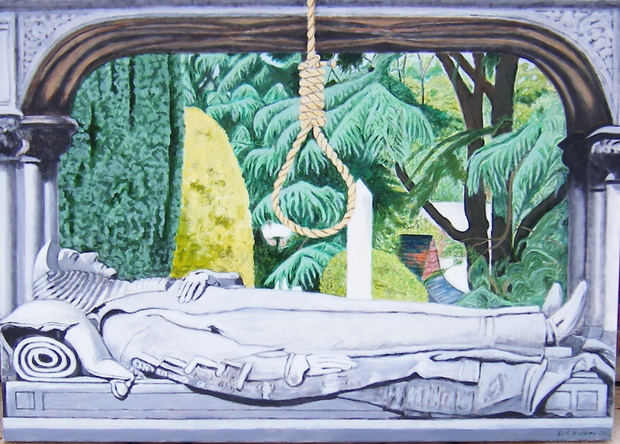 2006
This painting depicts a large tomb in Christ Church's graveyard, Esher. It shows a full length reclining effigy carved from marble by Francis John Williamson (1833-1920), a sculptor who lived in Esher, above which is a canopy. A landscape - a picture within the picture - is produced by the view through the canopy. The figure represents a Victorian ruling class functionary - William Baliol Brett, First Viscount Esher (1817-99) - who was a lawyer and prosecutor who later became a judge and Solicitor-General. (Sir John Everett Millais painted his portrait dressed as a judge in 1887.) A hangman’s noose has been superimposed because Brett was the prosecutor of Michael Barrett, a fenian who was tried for a bombing in Clerkenwell in 1867. Despite dubious evidence, Barrett was found guilty and was the last man to be publicly hanged in Britain in 1868. 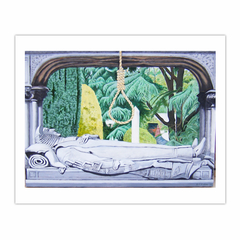