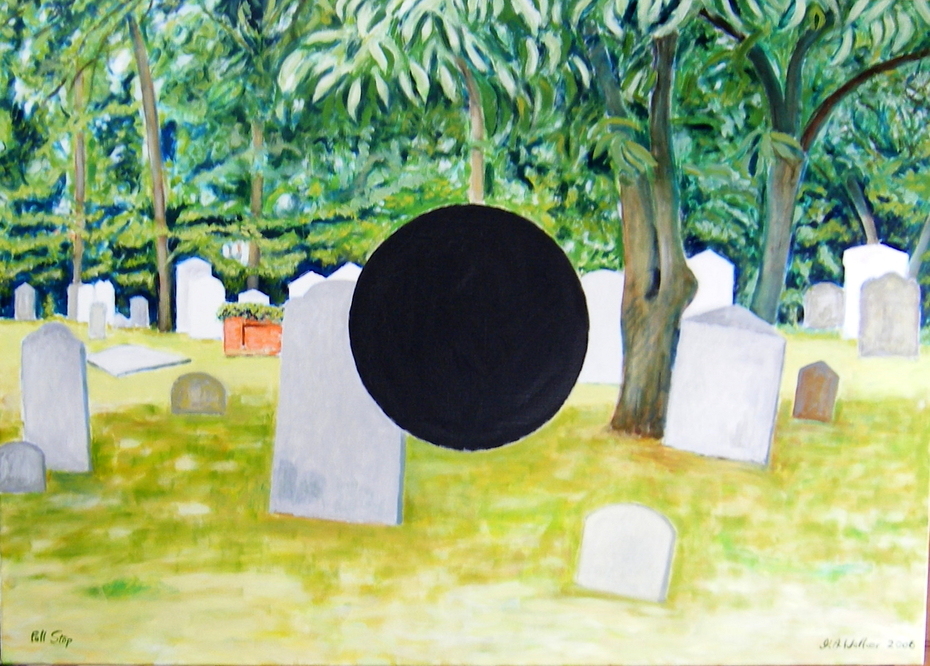 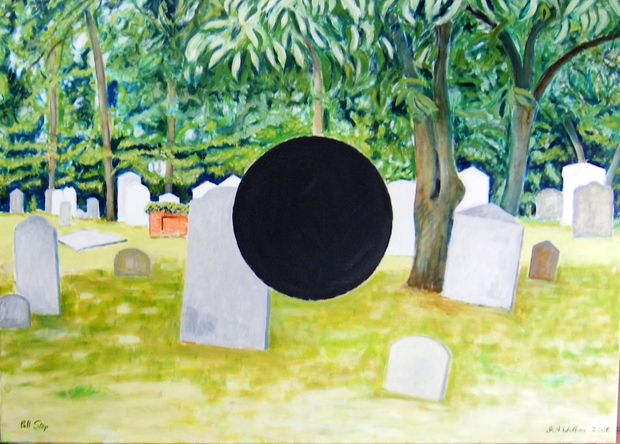 2006
(The first honest/rational pictorial comment about death in the history of art? Against the spiritual in art.)
However affluent and healthy the residents of Esher are they cannot escape the certainty of death and two graveyards in the town act as reminders of their mortality. The painting depicts, in a naturalistic/impressionistic fashion, a graveyard - one in Esher, Surrey I pass virtually every day - upon which is superimposed a black disc - the full stop of the title. A graveyard is a common emblem of death and has been depicted by painters many times especially by those associated with Romanticism and pre-Raphaelitism. In my view death is the end of human life. Since I am now old, death is ever present in my mind but I do not believe in an afterlife or a heaven - hence the painting is an atheist’s riposte to Stanley Spencer’s famous 1923-7 canvas ‘The Resurrection, Cookham’ (Tate Gallery), which shows a churchyard with the graves giving up their dead at the time of the Resurrection. Clearly, a Christian vision and the presence of Cookham church emphasises this. Whereas in my picture there is no church although there is one (disused) in the actual place. The headstones over the graves are so ancient they have lost their inscriptions and so the people who are buried are now anonymous and forgotten. No one living leaves flowers on their graves. This oblivion is the fate of the vast majority of humankind. Meanwhile in the background nature continues to renew itself. 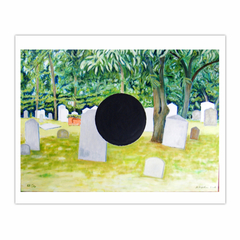