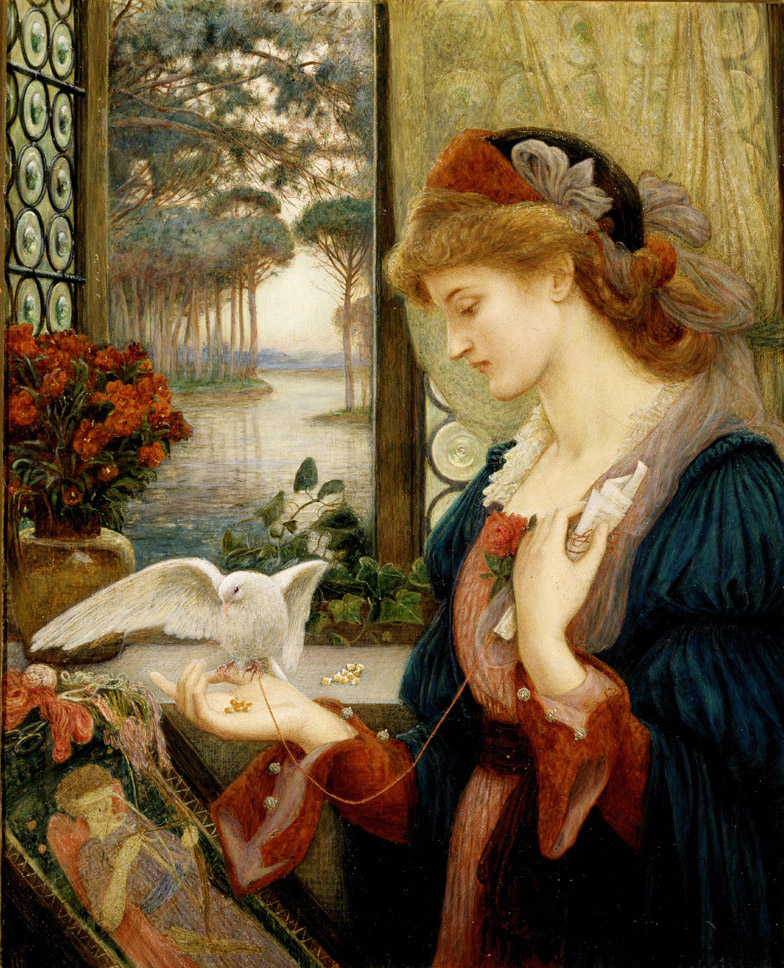 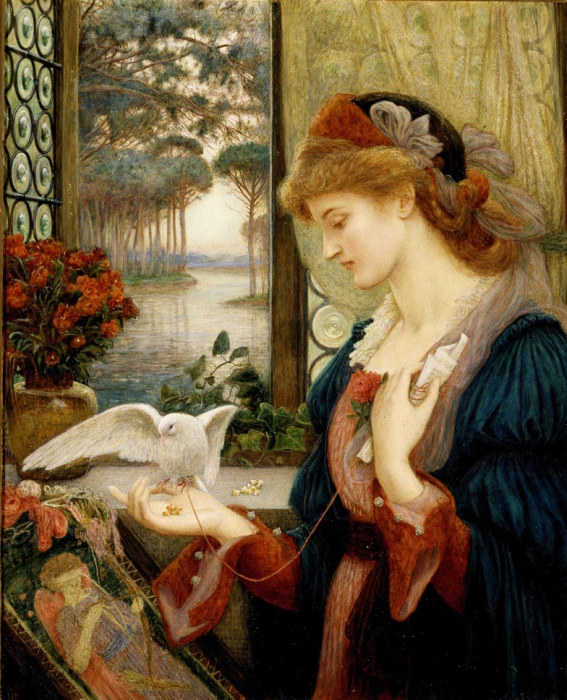 The painting depicts a dove which has carried a love letter to a woman wearing a red rose, who stands in front of an open window and who has put down her embroidery of a blind-folded Cupid.
It also reflects the influence of both early Pre-Raphaelite painting and Italian Renaissance painting. The symbols portrayed in the painting, including the dove, rose, ivy, and the blind-folded Cupid "suggest constancy, fidelity, and loveliness in full bloom." The presence of Venus is shown by the rose and the dove, so that the "scene may offer a contrast between the beauty, love, and abundance of Venus and the sensuality and unpredictability of her son Cupid."