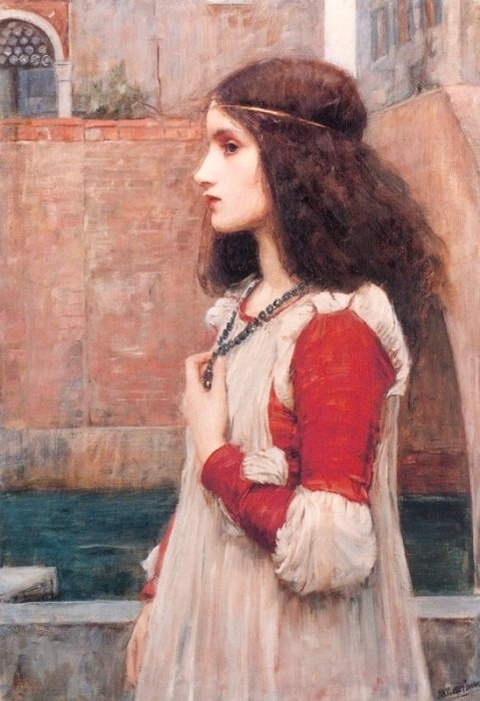 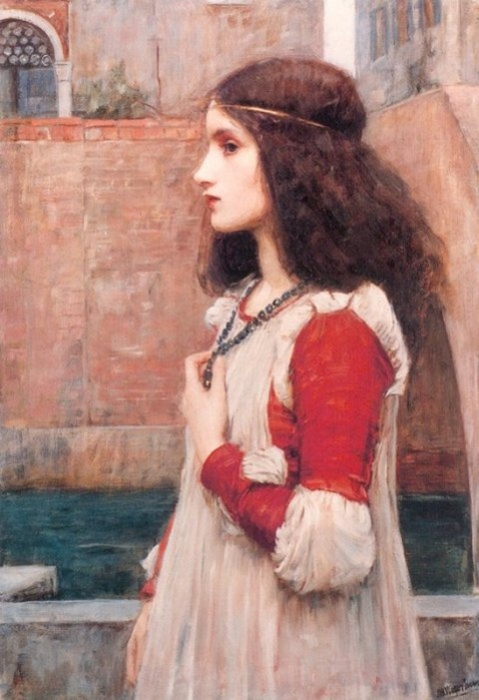 1898
Romeo (Montague), who is in love with Rosaline, goes to a party in an effort to forget her or to ease his broken heart. At this party he met Juliet, and immediately fell in love with her. He later finds out that she is a Capulet, the rival family of the Montagues. He decides that he loves her anyway and they confess their love for each other during the very famous "balcony scene" in which they agree to secretly marry the next day. Friar Lawrence agrees to marry them in an effort to end the feuding between the families. Unfortunately, the fighting gets worse and Mercutio (Montague) , a good friend of Romeo's, ends up in a fight with Tybalt (Capulet), Juliet's cousin. Tybalt kills Mercutio, which causes Romeo to kill Tybalt in an angry rage. For this, Romeo is banished from Verona.

At the same time, the Capulet's are planning Juliet's marriage to Paris. Juliet does not want to marry this man so she arranges with Friar Lawrence to fake her own death with a sleeping potion that will make everyone think that she is dead. Friar Lawrence promises to send word to Romeo to meet her when the potion wears off and to rescue her to Mantua, where Romeo is currently staying. There they would live happily ever after. Unfortunately, Romeo does not receive this message on time and upon hearing of her "death" goes to Juliet's tomb where he drinks poison and dies. When Juliet's potion wears off, she awakens to find her lover's corpse. She then proceeds to stab herself with Romeo's dagger. The two families find the bodies and their shared sorrow, finally make peace with each other.

License:
This image may be subject to copyright.
For more:
http://www.jwwaterhouse.com/view.cfm?recordid=89