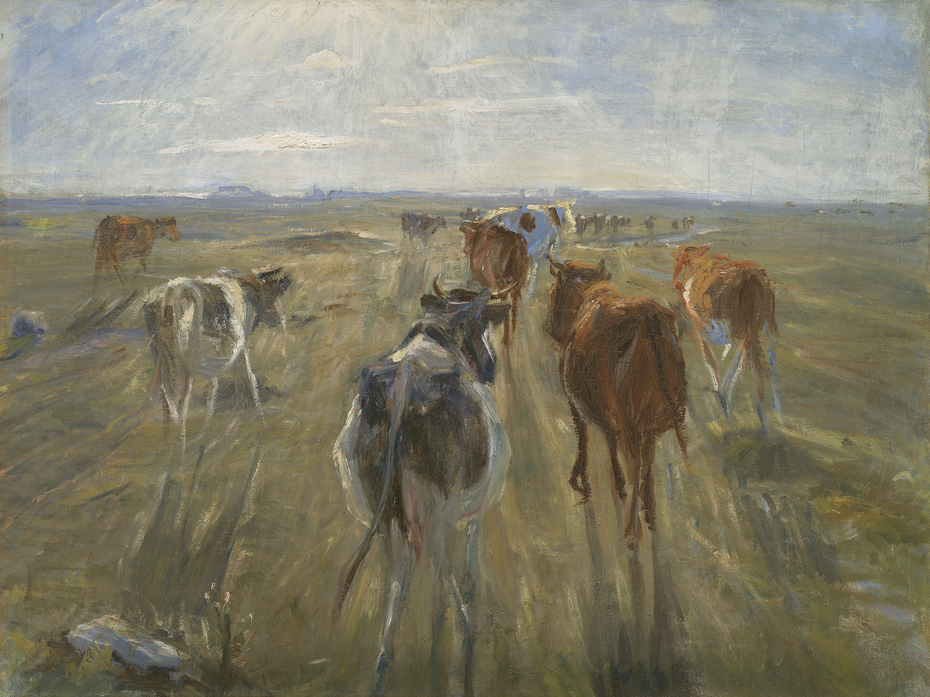 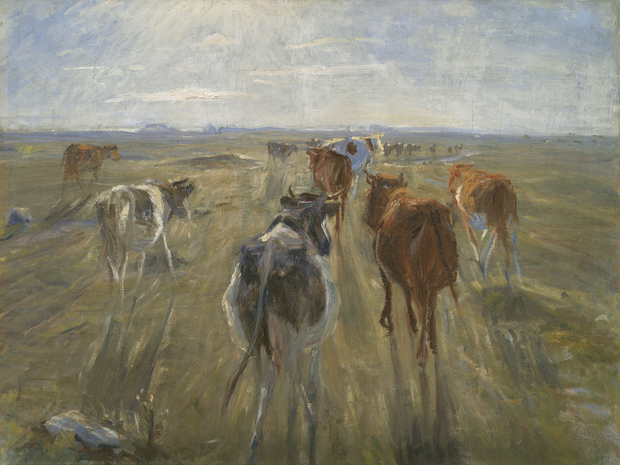 Long Shadows. Cattle on the Island of Saltholm

1890
The short, brisk, richly coloured brushstrokes make the picture vibrate with light, colour, and atmosphere. Philipsen is not, however, an impressionist in the French sense of the concept. He was not interested in ”modern life”.

In his paintings, he almost turns his back on it in favour of the simple life within nature, often taking a form such as this almost transcendental tribute to the all-embracing power of light. The cows are not the real motif; that distinction belongs to the sun and the power of the sun.

The great innovator
Whenever the history of Danish art is told, Philipsen is often assigned the role as the great innovator. From his starting point within the landscapes and animal pictures of the late Golden Age, he brought Danish art out of the smoke-filled salons and threw open the French doors to let in a far more modern mode of painting filled with light and colour.

Philipsen's impressionism
Several factors contributed to Philipsen’s appropriation of Impressionism, including visits to the Impressionist exhibitions in Paris, his enjoyment of the Southern climate on travels in Spain and Italy, and – very importantly – his friendship with Paul Gauguin (1848-1903) during the mid-1880s. Philipsen’s originality stems from his ability to adapt and develop the Impressionist palette in accordance with the Danish countryside and climate.

License:
Courtesy of the National Gallery of Denmark
For more:
http://www.smk.dk/en/explore-the-art/highlights/theodor-phi…