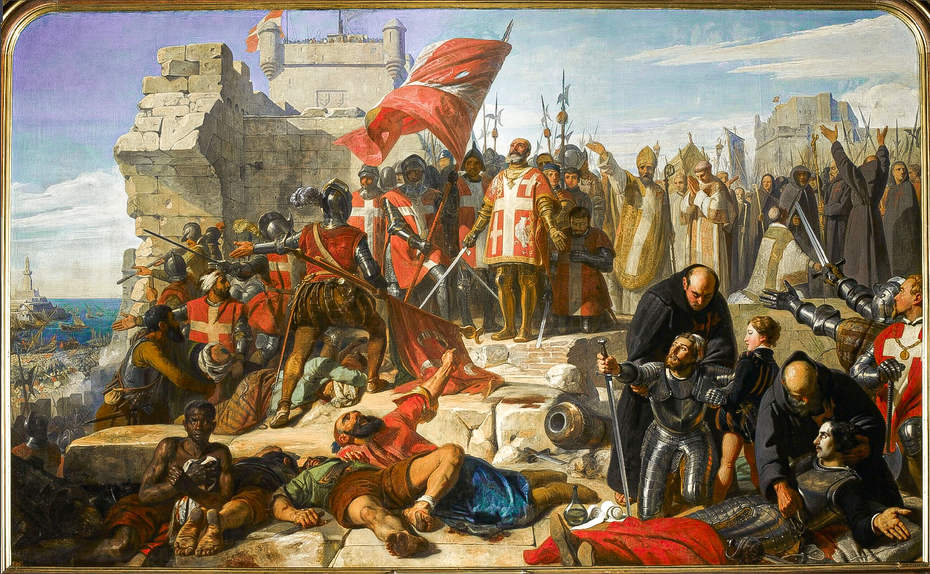 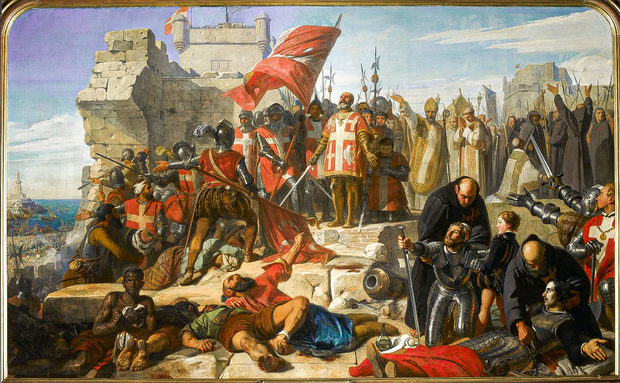 Lifting of the Siege of Malta Besieged by the Ottoman General Mustapha, in September 1565

1800 - 1843
Description of the event depicted in the artwork, as offered by Wikipedia:

"The Great Siege of Malta took place in 1565 when the Ottoman Empire attempted to invade the island of Malta, then held by the Knights Hospitaller. The Knights, with approximately 2,000 footsoldiers and 400 Maltese men, women, and children, withstood the siege and repelled the invaders. This victory became one of the most celebrated events of sixteenth-century Europe, to the point that Voltaire said: "Nothing is better known than the siege of Malta." It undoubtedly contributed to the eventual erosion of the European perception of Ottoman invincibility, although the Mediterranean continued to be contested between Christian coalitions and the Turks for many years."