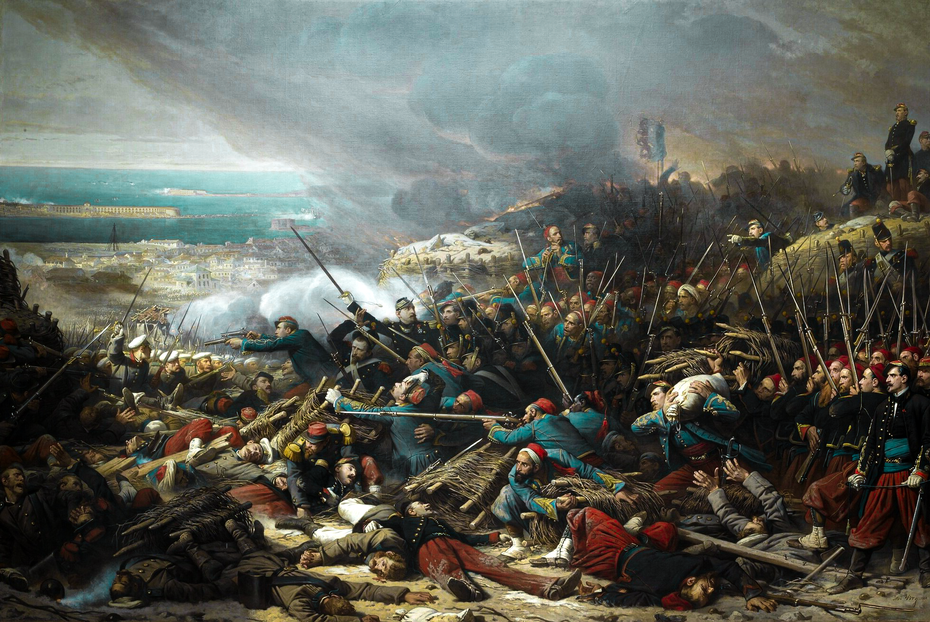 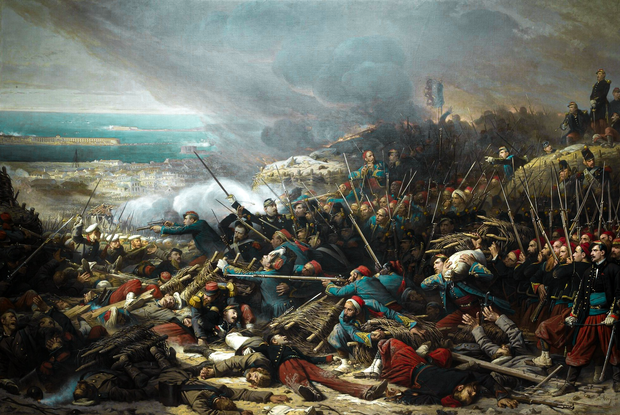 "The Battle of Malakoff was a French attack against Russian forces on the Malakoff redoubt and its subsequent capture on 8 September 1855 as a part of the Siege of Sevastopol during the Crimean War. The French army under General MacMahon successfully stormed the Malakoff redoubt, while a simultaneous British attack on the Redan to the south of the Malakoff was repulsed. In one of the war's defining moments, the French zouave Eugène Libaut raised the French flag on the top of the Russian redoubt. The Battle of Malakoff resulted in the fall of Sevastopol on 9 September, bringing the 11-month siege to an end."

License:
This work is in the public domain.
For more:
https://commons.wikimedia.org/wiki/File:Combat_dans_la_gorg…