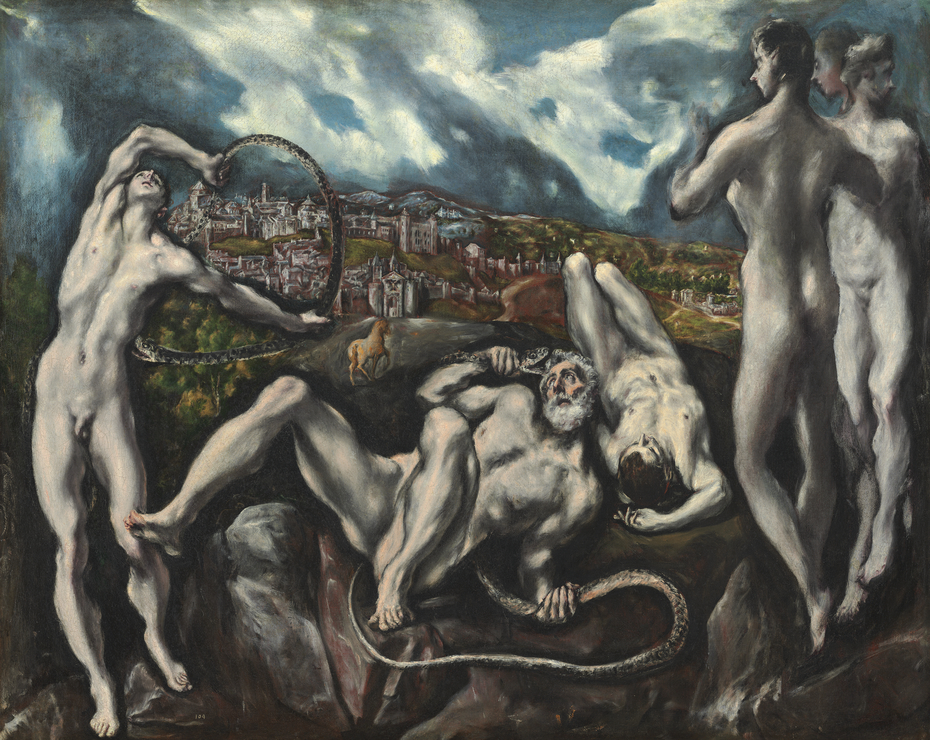 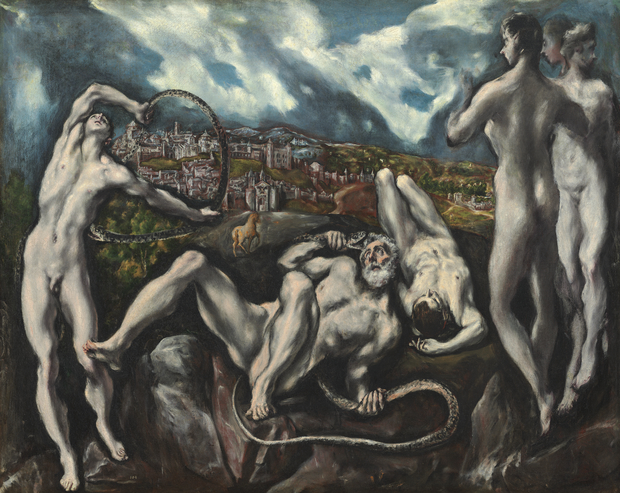 1614
Widespread interest in the story of Laocoön, a mythical priest of Troy, developed after an ancient, monumental sculpture representing him and his two sons was unearthed in 1506 in Rome. Suspecting trickery, Laocoön had warned his countrymen not to accept the wooden horse left outside Troy by the Greeks and had hurled his spear at it to prove that it was hollow. Thus the priest incurred the wrath of the gods, for desecrating an object dedicated to the goddess Athena. El Greco depicted serpents, sent by the angry gods, engaging Laocoön and one son in a mortal struggle, while a second son lies already dead at his father's side. The identity of the unfinished figures on the right continues to be debated; perhaps they represent the gods themselves supervising their vengeance.

Did El Greco intend to relate this mythical theme of conflict and divine retribution to the Inquisition then raging in Toledo? Whatever the case, the story of Laocoön is the only classical theme he is known to have painted.


Note by the contributor, Emily Wilkinson:
In this painting El Greco depicts the famous story of Laocoön as told in Virgil's Aeneid. Laocoön warns the people of Troy not to accept the Trojan Horse into their walls. The gods, not wanting their plans disrupted, send two sea-snakes to devour Laocoön and his two sons.