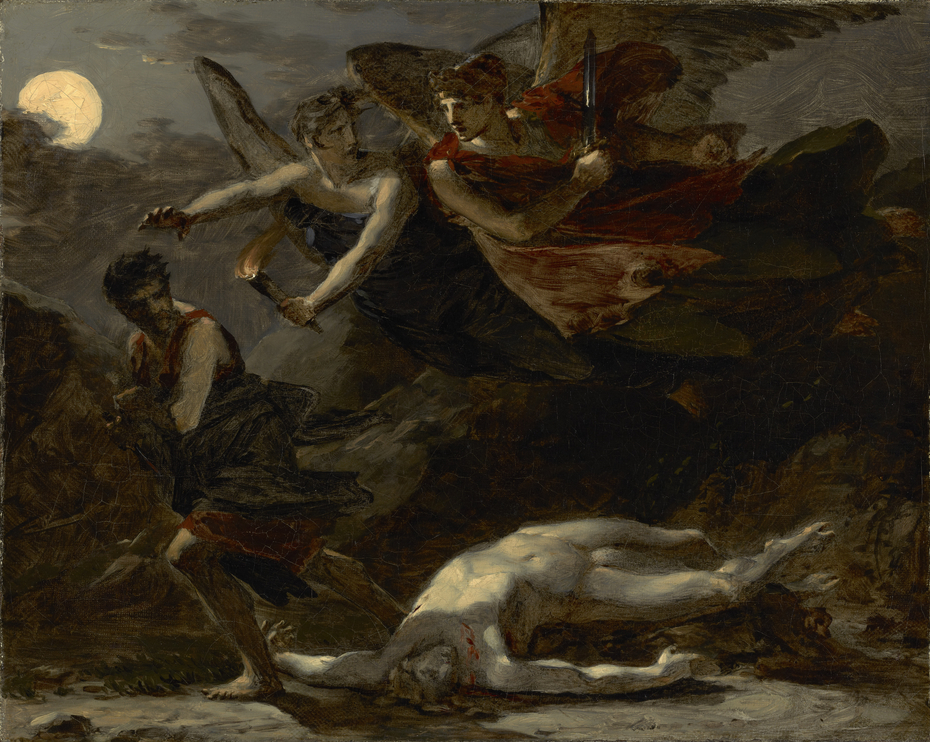 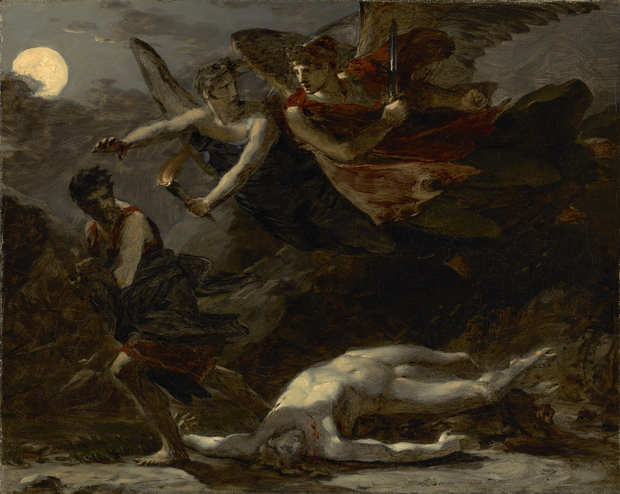 1805 - 1806
A dead man lies sprawled across the foreground while blood seeps into the ground from a wound in his neck and his murderer flees with the victim's belongings in his arms. Above, Divine Vengeance, illuminating the way with a torch, and Justice, armed with sword and scales, pursue the criminal. Pierre-Paul Prud'hon made this study for a monumental painting destined to hang behind the judges' bench in the criminal courtroom of the Palace of Justice in Paris.

Prud'hon used quick, sweeping strokes of paint to lend movement and energy to the figures. Strong contrasts of light and dark accentuate the drama of the situation. Light from the moon illuminates the faces of the avenging personifications and highlights the torso of the dead man, while the face of the murderer is cast in darkness. Inspired by the Roman poet Horace's adage that "retribution rarely fails to pursue the evil man," Prud'hon conveyed the message that the course of justice is relentless if sometimes slow.