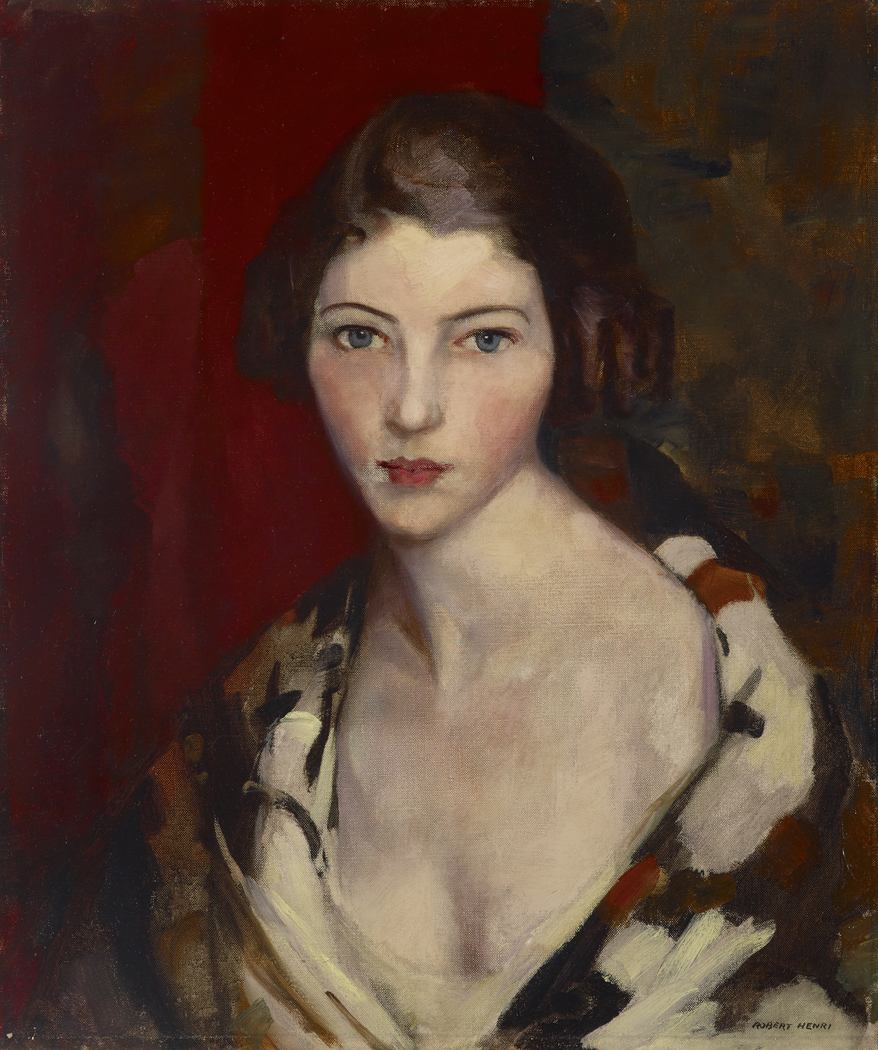 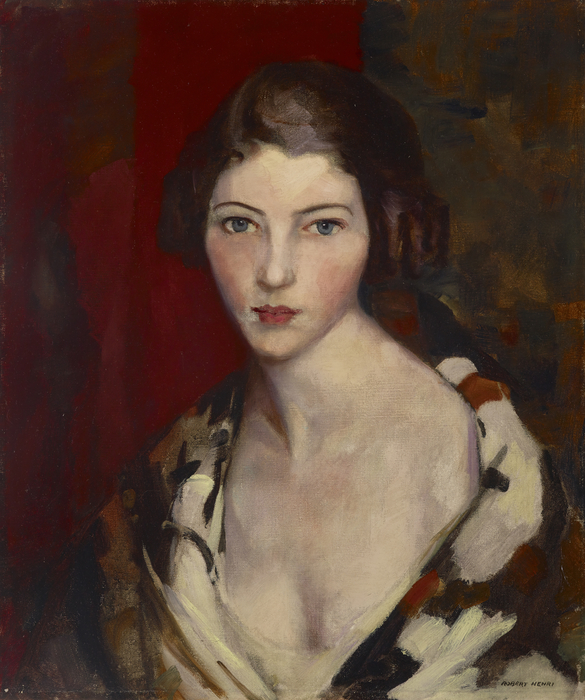 1917
Robert Henri was born Robert Henry Cozad in Cincinnati, Ohio. When Henri was ten years old, his father, a gambler and real estate promoter, shot someone in self defense. The family feared for their safety, moved to Atlantic City, New Jersey, changed their name and passed their two sons off as adopted children. Robert Henri chose a variation on his middle name as his surname and attended boarding school in New York City. He received his art training at the Pennsylvania Academy of the Fine Arts and then attended the Academy Julian in Paris. After spending several years in Europe, Henri taught at the Chase School of Art and the New York School of Art where he led a fight against Academic views. In 1909, Henri established his own school and organized “The Eight,” a group of artists that rejected the restraints from the National Academy of Design. The Eight favored a style that portrayed contemporary everyday life. Five members of this group, including Henri, became known as the Ashcan School because of their depictions of the seedy side of life. Henri favored portraits of ordinary people, while the remainder of the group focused primarily on everyday street scenes.

In the winter of 1917-1918, Henri began studying the complicated principles of Dynamic Symmetry which were being advocated by Jay Hambidge who thought he had discovered the arrangement of organic structure, “the inner law by which things grow in proportion.” For Henri, this discovery was a challenging exercise, which resulted in very view portraits. One of these forays into Dynamic Symmetry resulted in Henri’s portrait of Helen who background is influenced by this theory.

Size:
23-3/4 x 20 in
Medium:
Oil on canvas
License:
Public Domain, Courtesy of the Indianapolis Museum of Art
For more:
http://collection.imamuseum.org/artwork/21101/ 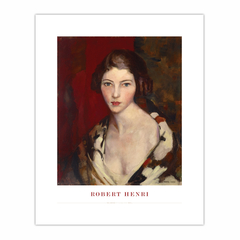