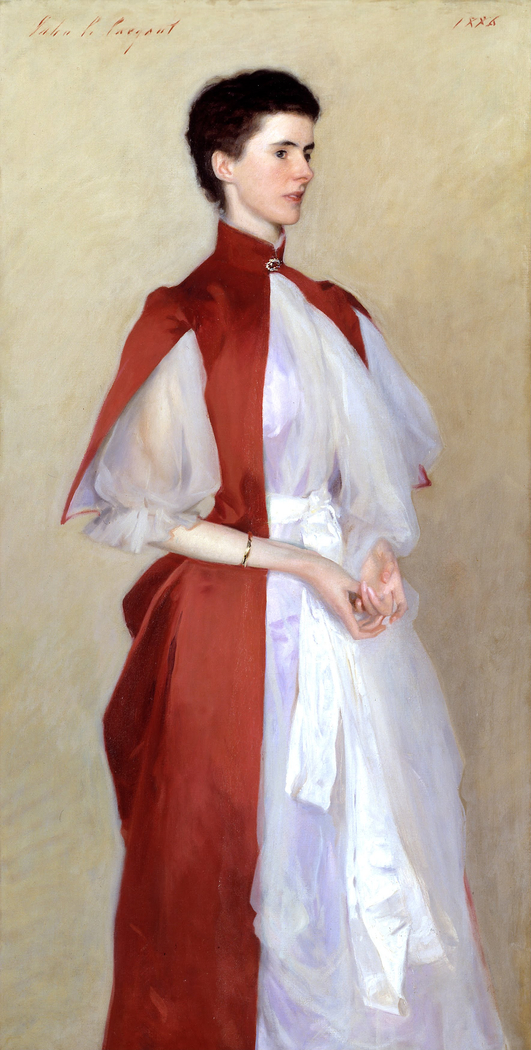 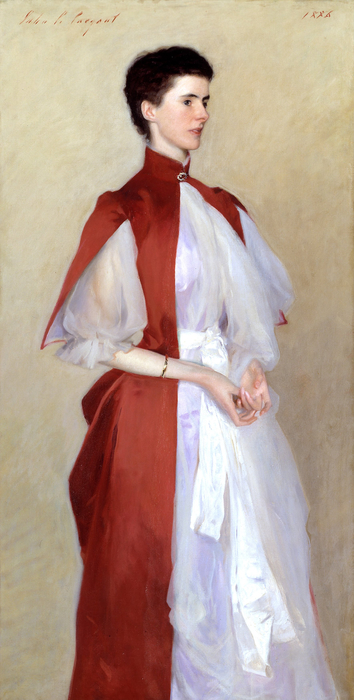 Sargent moved from Paris to London in the summer of 1885. Finding it difficult to attract patrons, he turned to his friends and family for portrait commissions. He may have been introduced to the cousins Robert and Peter Harrison by Alma Strettell. The future wife of Peter Harrison, Strettel was a close friend of Sargent and, in 1877, he had illustrated her book, Spanish and Italian Folk Songs. Mrs Robert Harrison, née Helen Smith (c.1858-1936), was the daughter of a wealthy Tyneside businessman and politician. At the age of nineteen she married the stockbroker and musical connoisseur, Robert Harrison of Shiplake Court, Henley. The Harrisons, like many of Sargent's patrons, formed part of the high society of late Victorian Britain. However they had unconventional tastes. For example in 1886, the year of this portrait, Robert Harrison also bought one of Whistler's night time views of London, Nocturne in Blue and Gold: Old Battersea Bridge (Tate N01959). At this time memories of the notorious libel case between Ruskin and Whistler which had taken place in 1878 were still alive in the public imagination (Ormond, p.144). [source]