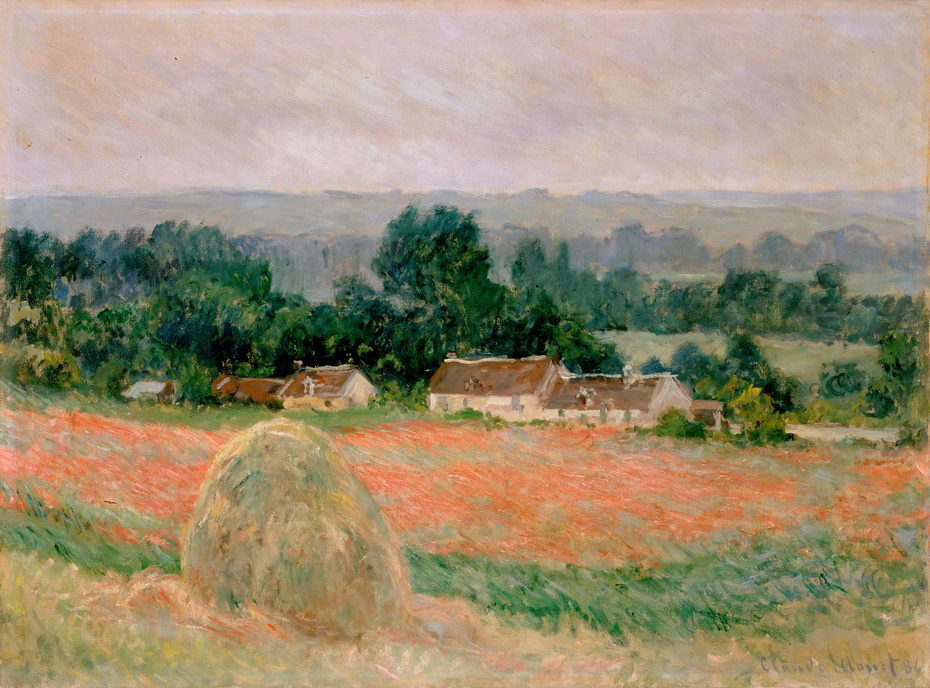 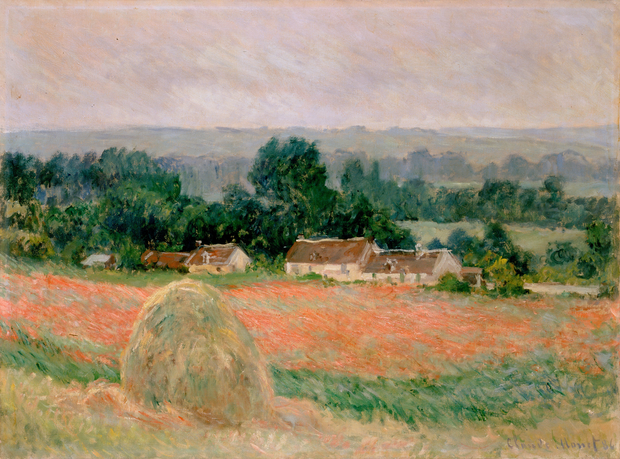 1886
Most of the second half of Monet's life was spent in and around Giverny, where the leader of the Impressionists was particularly drawn by the landscape of central France. He captured views of Giverny in numerous canvases. A year before he painted this work in 1886, Monet had already shown a field of poppies , but without the haystack. The Hermitage work is one of the first of his paintings to show the haystack, which was to be the subject of whole series of works. Monet in virtuoso style captures the fine nuances of effects of light and air, picking the very moment at which the weather is changing and the horizon brightening on an overcast, windy day. The Impressionists painted such overcast weather with bright, light colours, which enabled them to capture the translucent sky and bring out the endlessly rich nuances of colour.