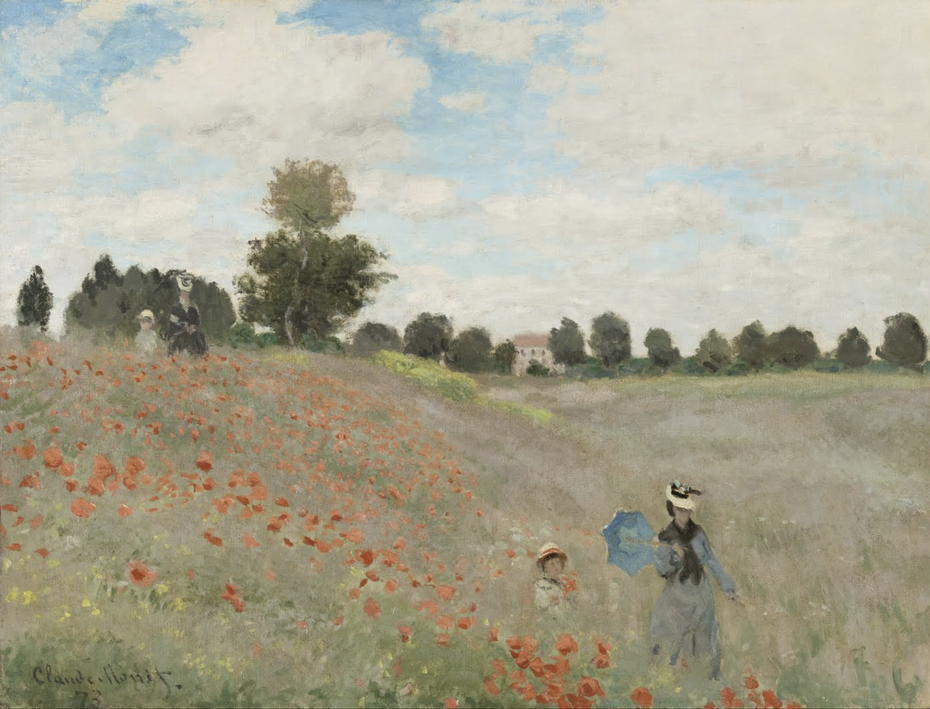 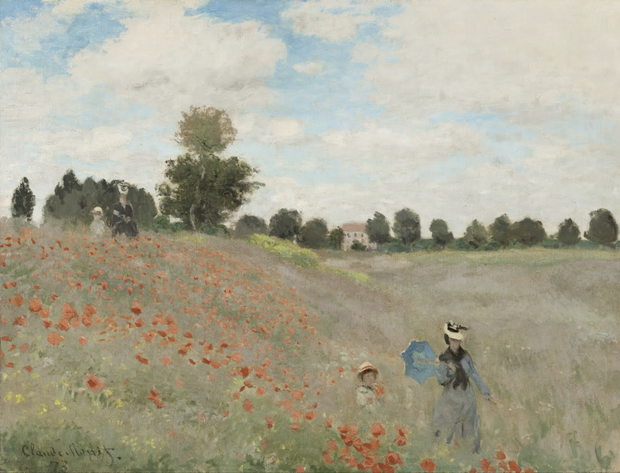 1873
When he returned from England in 1871, Monet settled in Argenteuil and lived there until 1878. These years were a time of fulfilment for him. Supported by his dealer, Paul Durand-Ruel, Monet found in the region around his home the bright landscapes which enabled him to explore the potential of plein-air painting.

He showed Poppy Field to the public at the first Impressionist exhibition held in the photographer Nadar's disused studio in 1874. Now one of the world's most famous paintings, it conjures up the vibrant atmosphere of a stroll through the fields on a summer's day.

Monet diluted the contours and constructed a colourful rhythm with blobs of paint starting from a sprinkling of poppies; the disproportionately large patches in the foreground indicate the primacy he put on visual impression. A step towards abstraction had been taken.
In the landscape, a mother and child pair in the foreground and another in the background are merely a pretext for drawing the diagonal line that structures the painting. Two separate colour zones are established, one dominated by red, the other by a bluish green. The young woman with the sunshade and the child in the foreground are probably the artist's wife, Camille, and their son Jean.

License:
Courtesy of the Musée d'Orsay
For more:
https://www.musee-orsay.fr/en/collections/works-in-focus/se…