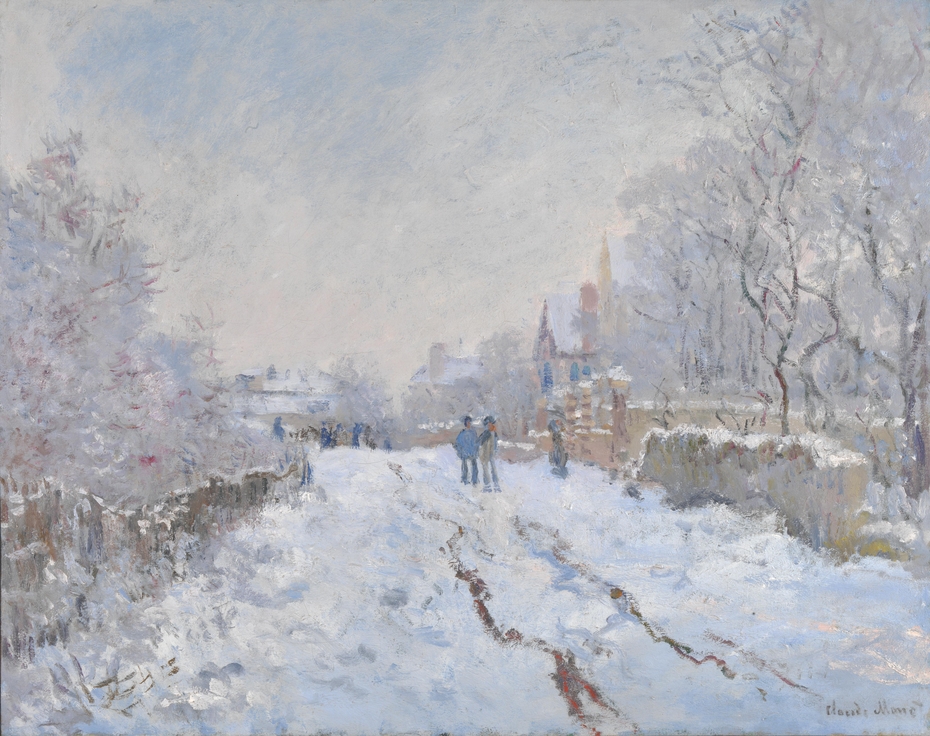 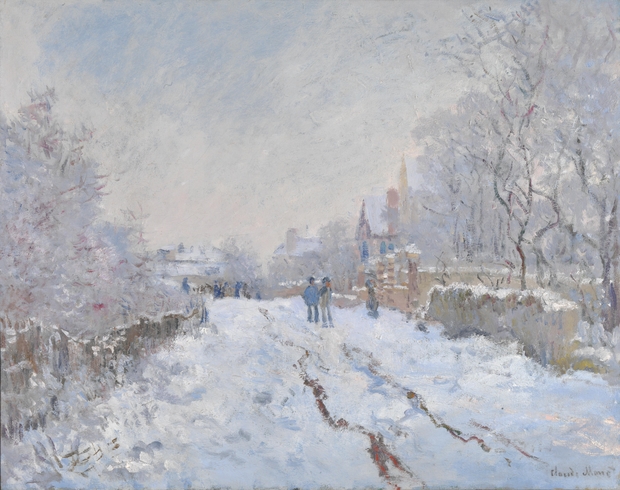 1875
Monet spent most of the 1870s in the town of Argenteuil, which is on the Seine just to the north-west of Paris. During this period, leisure activities such as boating made the town increasingly popular with day-trippers from the capital. The exceptionally snowy winter of 1874-5 inspired Monet to paint 18 views of Argenteuil under the snow. Many of them, like this work, focus on the boulevard Saint-Denis where Monet was living. The scene shows the boulevard running towards the Seine, looking away from the railway station. It is a relatively large work, which sacrifices details in favour of atmosphere. Its predominantly monochrome palette of blues and greys conveys to perfection the bleakness of an overcast winter's afternoon.