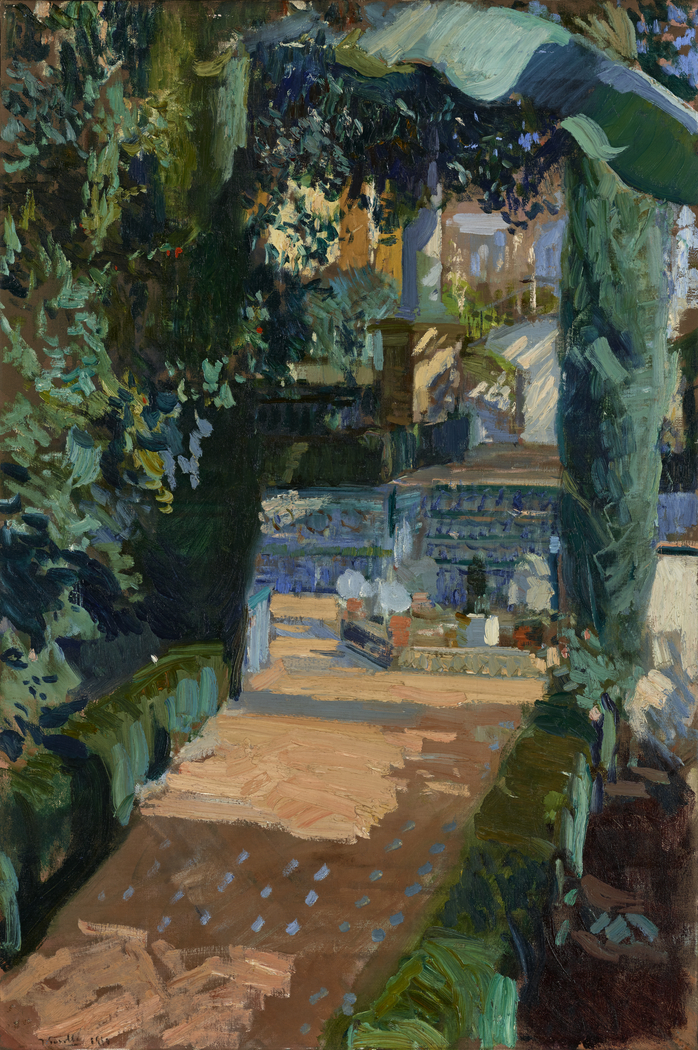 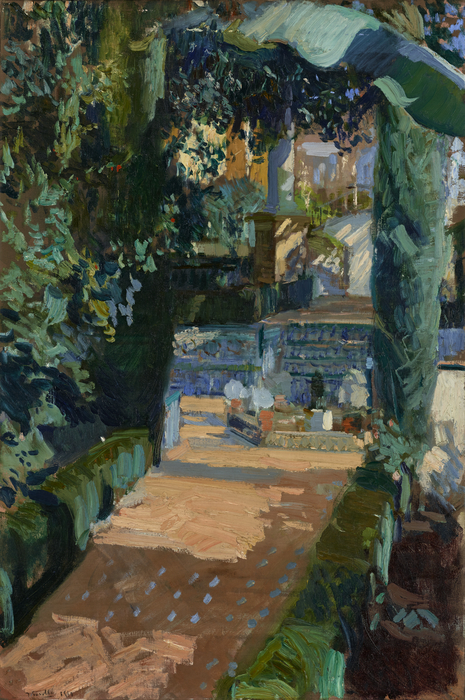 Court of the Dances, Alcázar, Sevilla

1910
This is one of a series of four paintings of townscapes and garden scenes in Seville that Joaquín Sorolla y Bastida painted in 1910. Two years earlier, he had made a similar series of views in the same city. While he retained the brilliance and atmosphere of his 1908 Seville paintings, he seems to have approached this second series in a more traditional manner.

The courtyard of Seville's Alcázar Palace, the city's most splendid example of Moorish architecture, sparkles in the dappled summer sunlight. As always, Joaquín Sorolla y Bastida was concerned with color and light, brilliance and atmosphere. The colored reflections of the light animate the scene and help to define the forms, creating a sense that nature is ever-changing.

Sorolla originally chose this frame, made by the firm of José Cano, which still exists in Madrid, for the picture. Photographs show the same type of gilt frame hanging in Sorolla's studio and house during his lifetime. 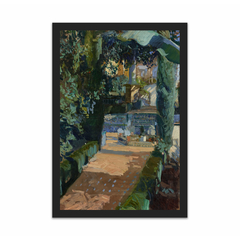 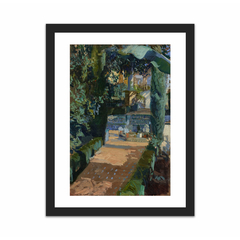 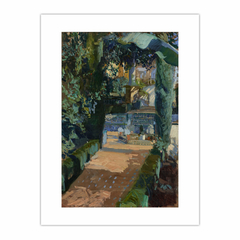