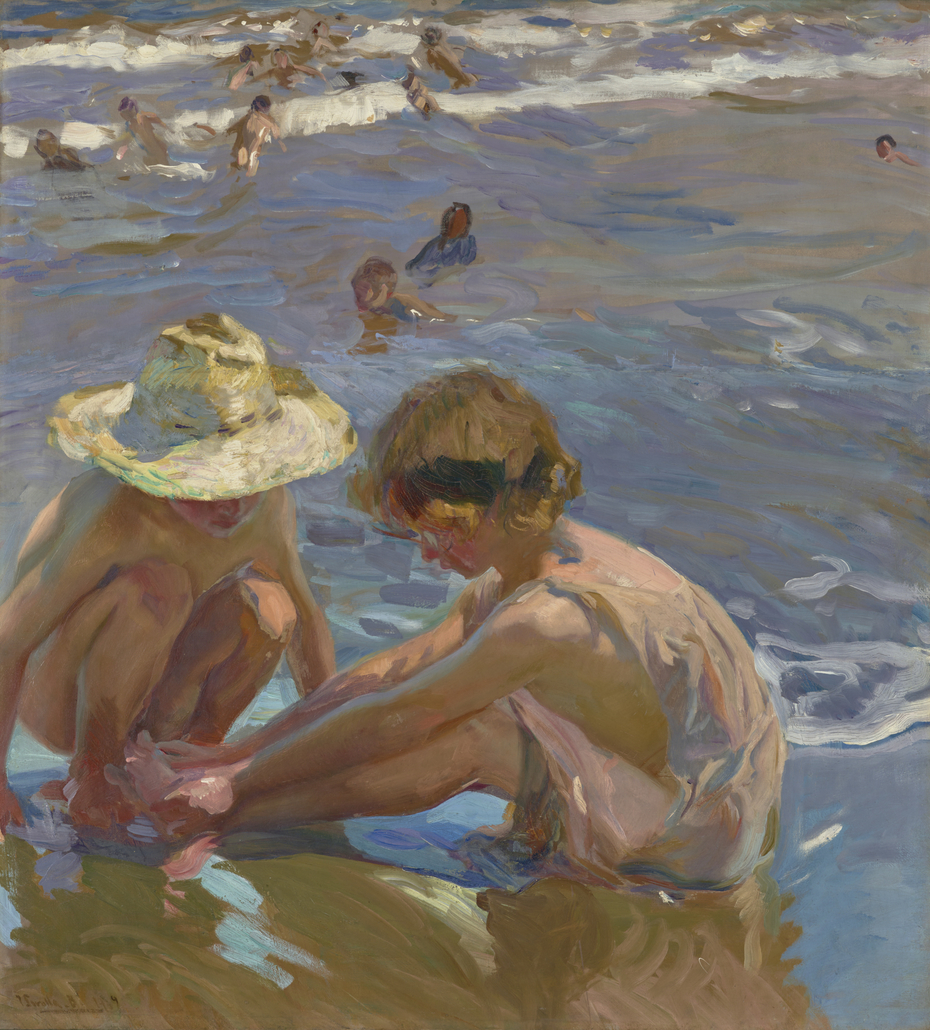 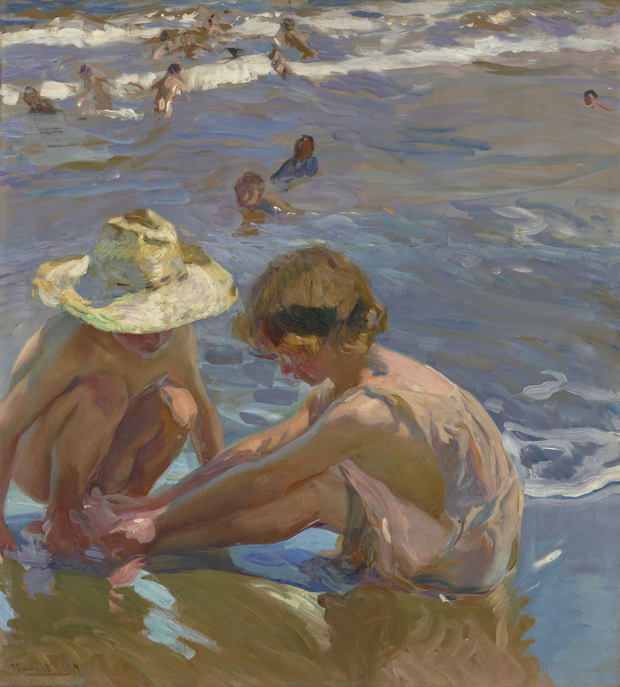 1909
The colored reflections of late afternoon light animate this beach scene and actively define the forms, from the injured child's shoulder to the liquid sea and the figures playing in the water. The sun's highlights on the hurt child's hand, the sand around her foot, and her companion's hat draw the viewer's attention to the injured limb.

While on the beach at Valencia,Joaquín Sorolla y Bastida rapidly painted a group of pictures including The Wounded Foot. Like the Impressionists before him, Sorolla worked outdoors to capture the momentary effects of light, water, and people in motion. This painting's casual snapshot-like cropping, which cuts off the arm of the child at the left, gives the viewer the same sense of immediacy, as if he or she has accidentally happened upon an impromptu exchange between two children on the sand.

License:
Courtesy of The Getty
For more:
http://www.getty.edu/art/collection/objects/654/joaquin-sor…