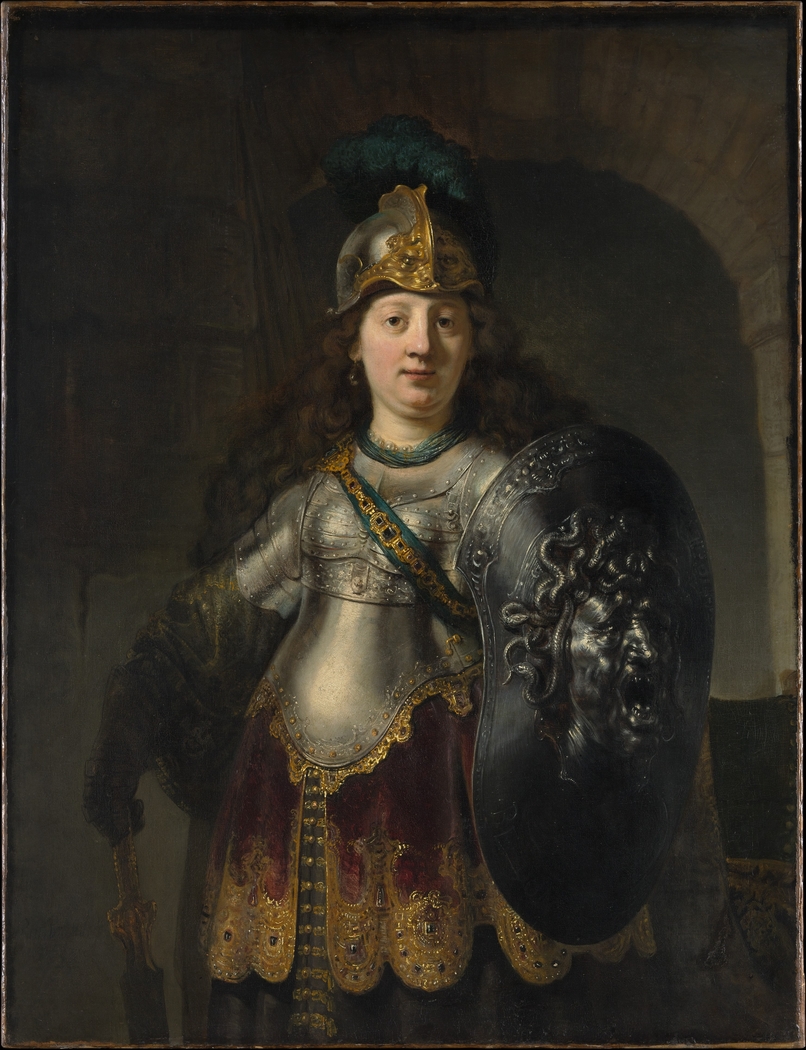 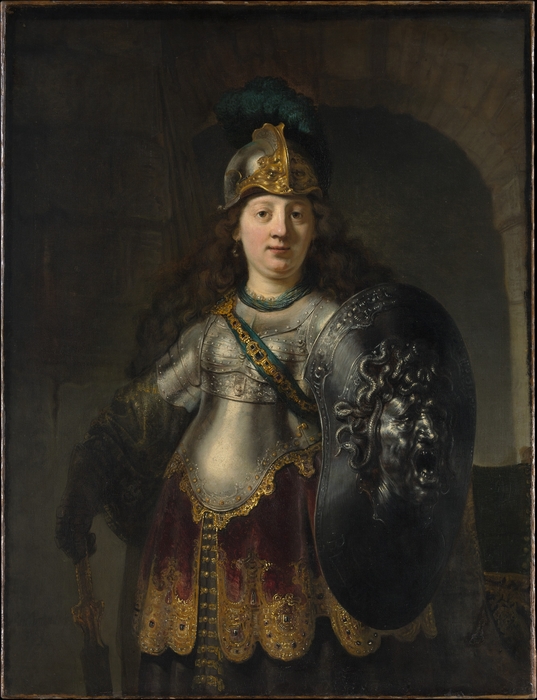 1633
Rembrandt’s sober and powerful depiction of Bellona, the Roman goddess of war, was perhaps intended to suggest the new Dutch Republic’s readiness to repel foreign forces. Images of Mars and his sister Bellona occasionally decorated the headquarters of civic guard companies. The shield, with its frightful face of Medusa, was added at a late stage of work, probably in response to seeing a version of Rubens's well-known painting of a severed Medusa's head. (Source: The Metropolitan Museum of Art)