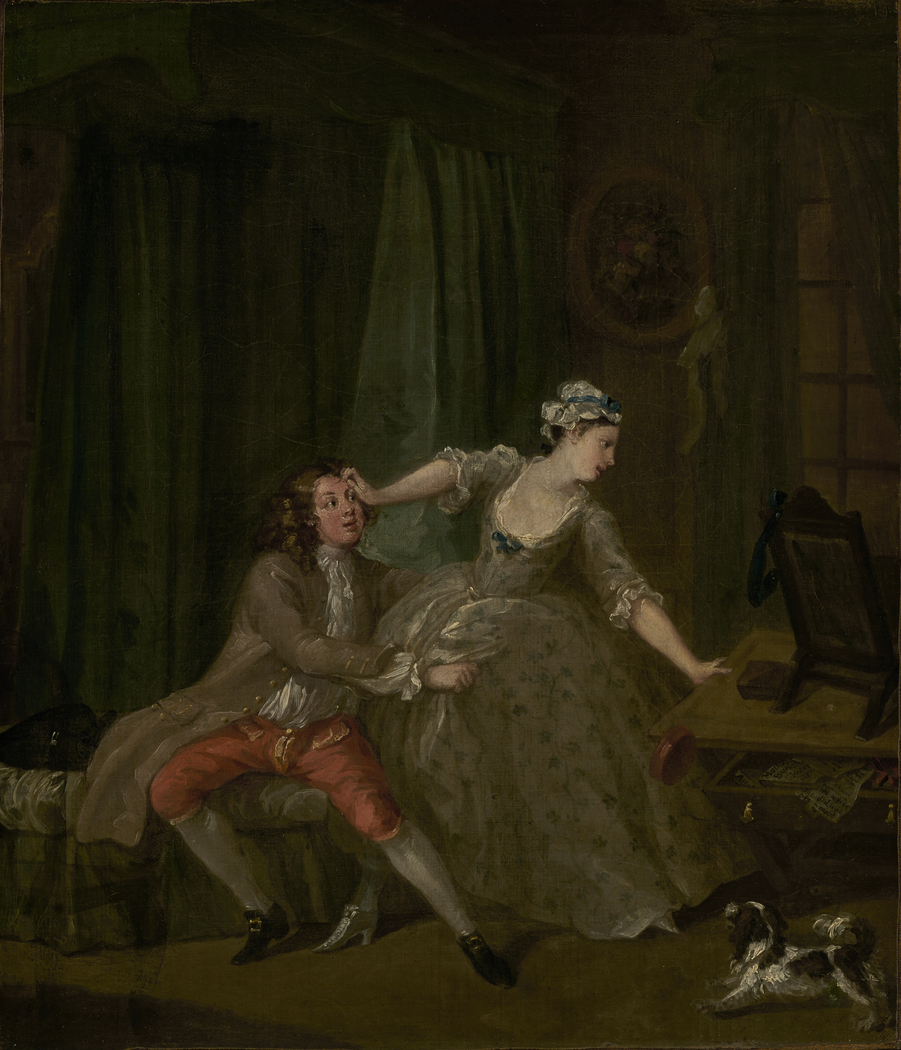 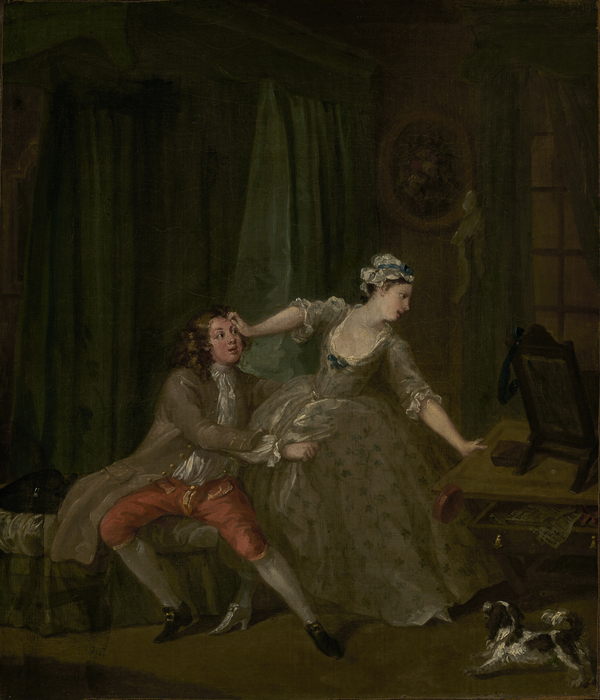 1730 - 1731
This narrative painting describes the moments before a seduction. A young man in red breeches attempts to pull a young woman onto a bed. Struggling, she tries to push him away, dragging her dressing table down with her. Ironically, an open drawer reveals a book on the rules of courtship. Below, a small dog barks, alarmed by the commotion.

In the Biographical Anecdotes of William Hogarth, published in 1785, John Nichols wrote that a "certain vicious nobleman," the Duke of Montague, supposedly commissioned this painting and its companion, After. According to an old tradition, the protagonist was said to have been Sir John Willes, later Chief Justice of the Court of Common Pleas.

Many artists made engravings, some of them scandalous, after these paintings. Hogarth's engravings after his own paintings are truer to the originals.

License:
Courtesy of The Getty
For more:
http://www.getty.edu/art/collection/objects/660/william-hog…