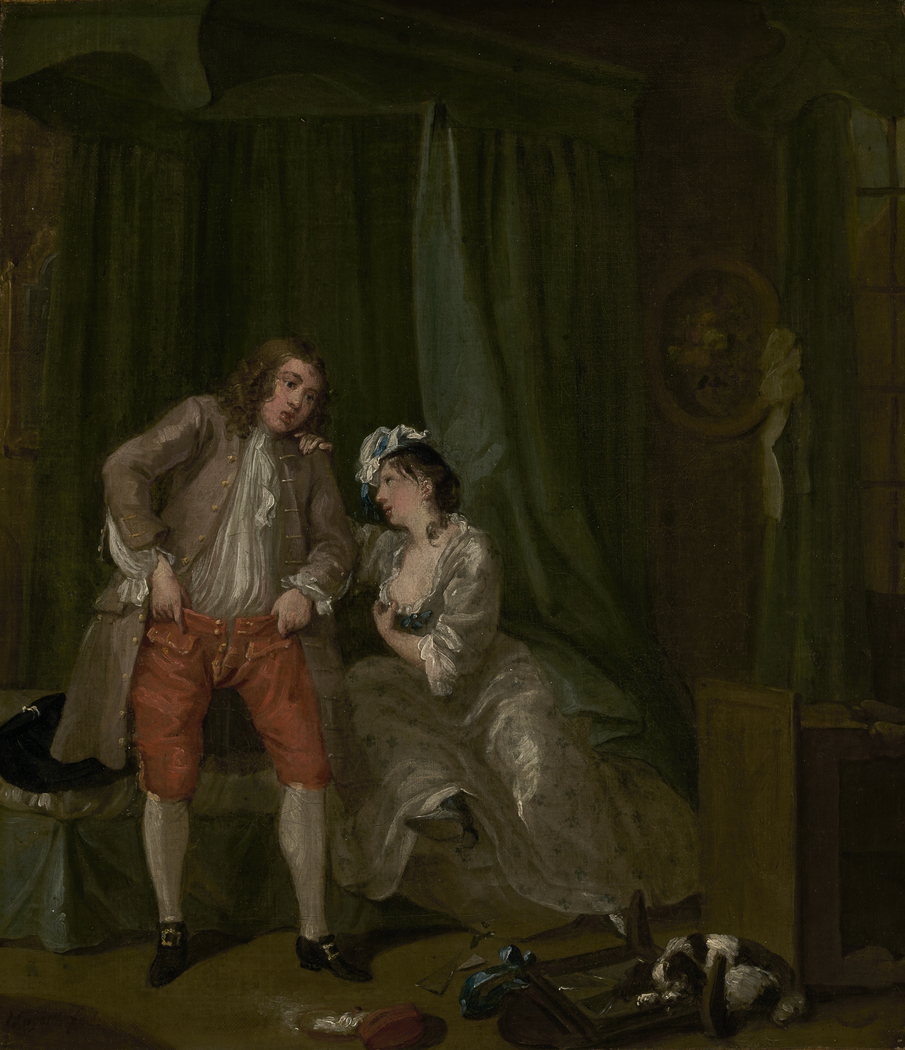 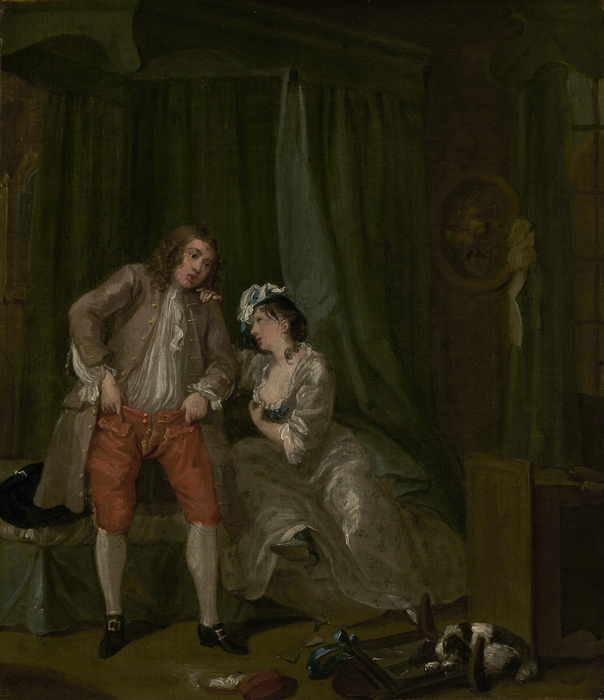 1730 - 1731
In this companion piece to the Before [the Seduction], a man stands and hurriedly pulls up his breeches after successfully seducing a young woman. Cap and clothing askew, the disheveled woman implores his discretion. The overturned table and broken mirror symbolize the woman's shattered life now that she has lost her virginity. The dog sleeping in the foreground refers to post-coital exhaustion.

In the Biographical Anecdotes of William Hogarth, published in 1785, John Nichols wrote that a "certain vicious nobleman," the Duke of Montague, supposedly commissioned this painting and its partner. According to an old tradition, the scene's protagonist was said to have been Sir John Willes, later Chief Justice of the Court of Common Pleas.

Many artists created engravings, some of them scandalous, after these two paintings. Hogarth's own engravings stayed truer to his paintings.

License:
Courtesy of The Getty
For more:
http://www.getty.edu/art/collection/objects/661/william-hog…