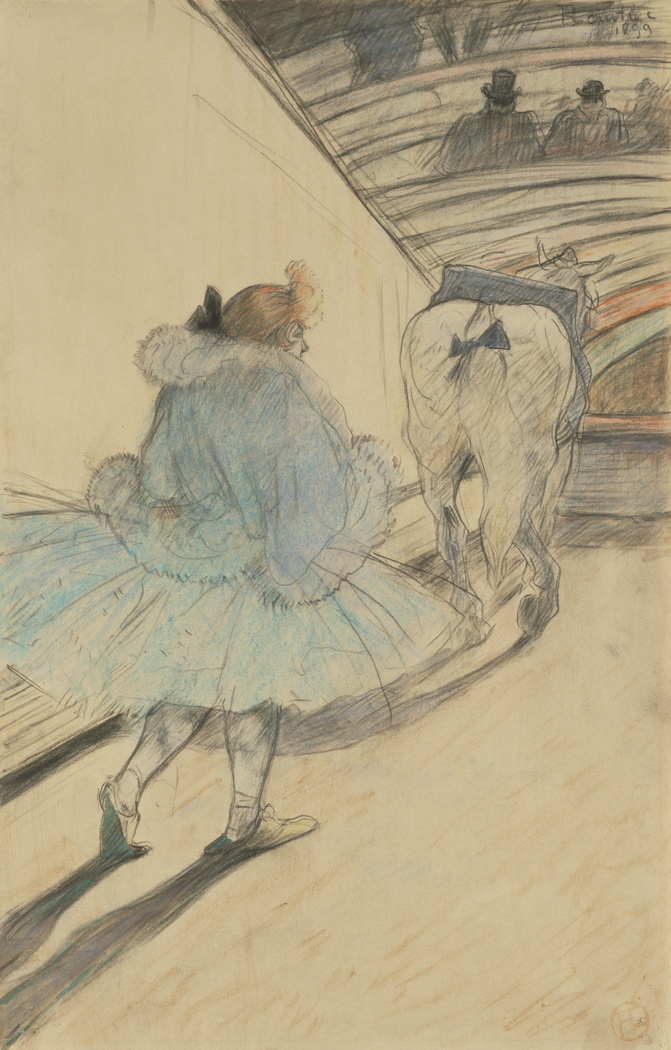 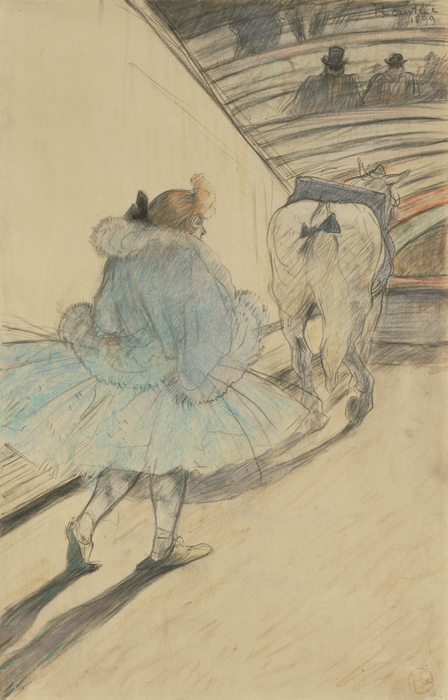 1899
In a letter dated March 1899, an English poet wrote: "Toulouse-Lautrec you will be sorry to hear was taken to a lunatic asylum yesterday." The scandal was in fact highly publicized. By the time Henri de Toulouse-Lautrec was thirty-five, he was suffering from alcoholism and dementia, most likely brought on by syphilis. His behavior was unpredictable, and often violent. Desperate, his mother had him committed to a clinic, then known as an asylum, outside of Paris.

While in the clinic, Toulouse-Lautrec set upon the idea of creating a series of circus drawings to demonstrate his emotional stability and thus secure his release. Drawn from memories culled over many years of attendance at this popular entertainment, these works reveal his acute observation of horses, dogs, acrobats, clowns, and bareback riders. In this image, a performer still wearing her slippers follows a lumpy horse into the arena to perform for the spectators in the stands. Toulouse-Lautrec elongated the shadows behind the slippers to emphasize the woman's fatigue. Upon being released from the clinic after only three months, Toulouse-Lautrec declared: "I bought my freedom with my drawings." 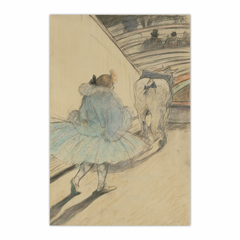