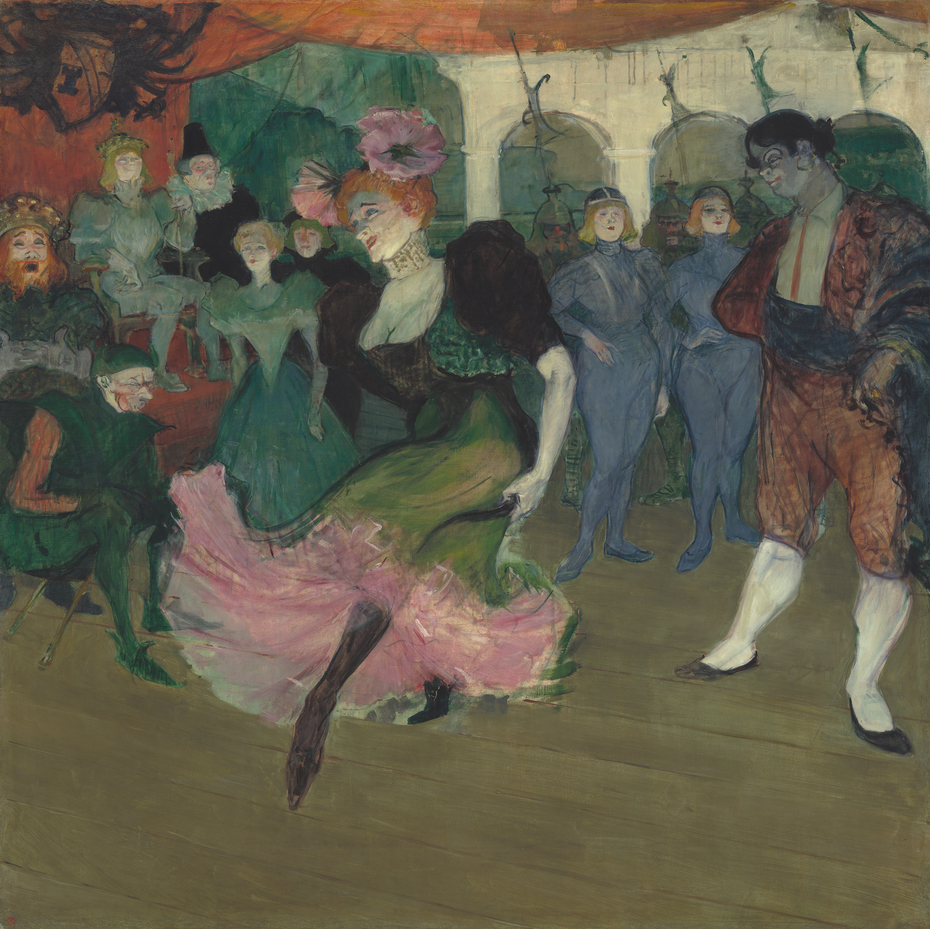 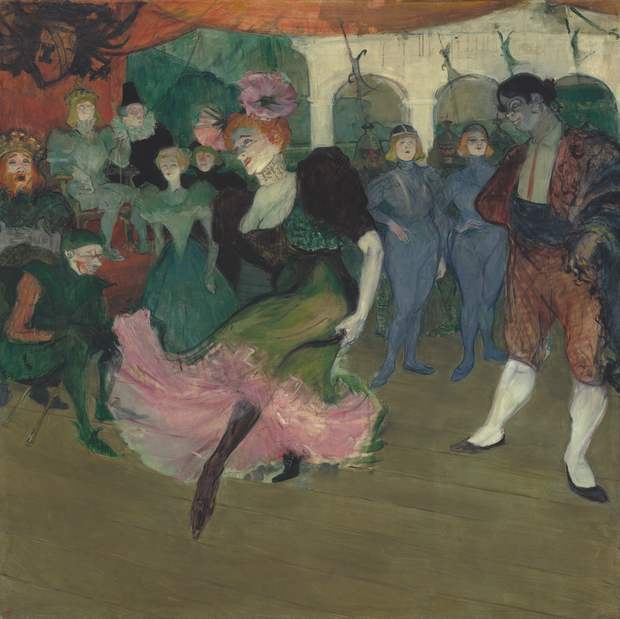 1895 - 1896
Henri de Toulouse-Lautrec had a passion for the theater in all its forms, from the popular dance halls and cabarets to the avant-garde theaters of Paris. He was both a keen spectator and an active participant, designing posters, theater programs, scenery, and costumes for a number of theaters and stage productions. Although he was drawn to the spectacle of the performance, it was the performers who most fascinated him.

Among Toulouse-Lautrec's favorite subjects was the red-headed actress Marcelle Lender. He first encountered her in 1893, the year he began to attend the theater on a regular basis. His infatuation with her reached its peak two years later when she starred in the revival of the French librettist and composer Hervé's Chilpéric. Performed at the Théâtre des Variétés in Paris from February 1 to May 1, 1895, this comic operetta recounted the tale of Chilpéric, king of the Franks in the late sixth century. In a bid to consolidate his power, he allied himself with the Visigoths in Spain through a marriage to the princess Galeswinthe, even as his vengeful mistress Frédégonde plotted her murder. It was neither the melodramatic narrative nor the extravagant staging of the operetta that most appealed to Toulouse-Lautrec, however, but the actress in the role of the princess. Like all his "furias" (as the artist termed his fixations on certain performers), this one was brief but intense. During the operetta's three-month run, he attended it more than twenty times, arriving just to see Lender dance the bolero in the second act. When asked about his devotion to the play, Toulouse-Lautrec explained, "I come strictly in order to see Lender's back. Look carefully; you will seldom see anything as wonderful. Lender's back is sumptuous." He sketched and studied the actress diligently, ultimately producing six lithographs inspired by her appearance in Chilpéric (five of them of the performance itself) and two paintings, including this monumental canvas. Toulouse-Lautrec's admiration was not reciprocated. "What a horrible man!," Lender is said to have remarked. "He is very fond of me….But as for the portrait you can have it!"

One of the largest and most elaborate paintings Toulouse-Lautrec ever created, Marcelle Lender Dancing the Bolero in "Chilpéric" depicts the very scene the artist so enjoyed, in which Galeswinthe performs the bolero, a lively dance from her native Spain, for her future husband and his courtiers. She dominates the center of the composition. Dressed in a Spanish-inspired costume composed of black and bright complementary shades of red and green, her body is described in strong, sinuous lines. Toulouse-Lautrec's portrayal of the actress is both dynamic and sensual. He captures her at mid-movement, as one long leg, clad in black stockings, juts boldly outward from a swirl of pink petticoats, mimicking the silk flowers she wears in her hair in form and color. Her low-cut bodice accentuates her ample bosom, which is tinged green from the reflected glow of the footlights. All eyes are upon her as she dances, from King Chilpéric, seated on his throne at left, to Galeswinthe's brother, Don Nervoso, who stands, arms akimbo, at the far right. Gazing at her from behind with an expression of open appreciation, it is Don Nervoso and not the viewer who is the beneficiary of the fine view of Lender's back, and as such he may be a stand-in for the artist himself.