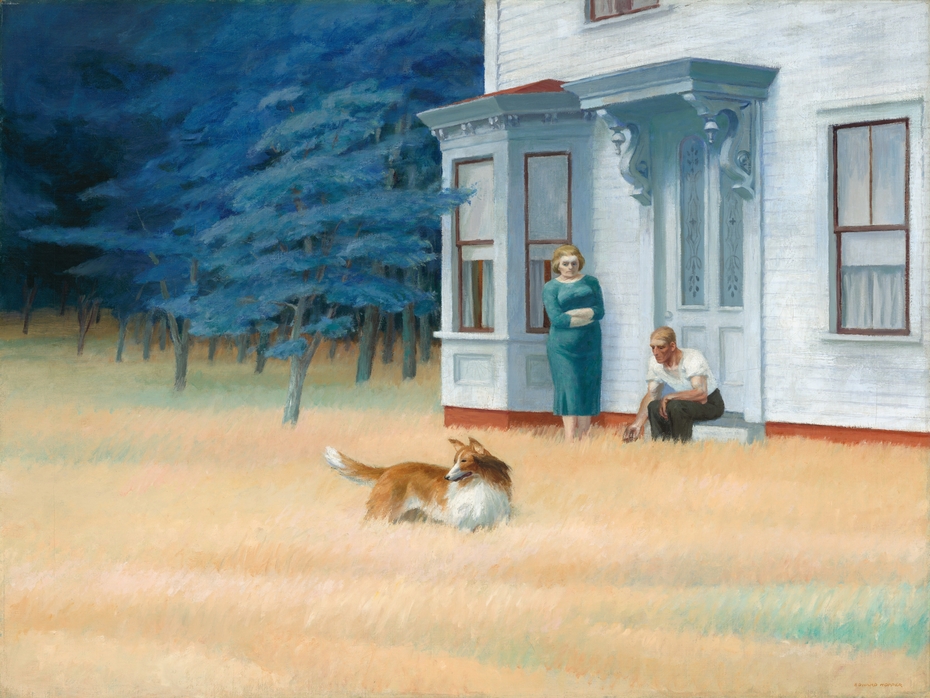 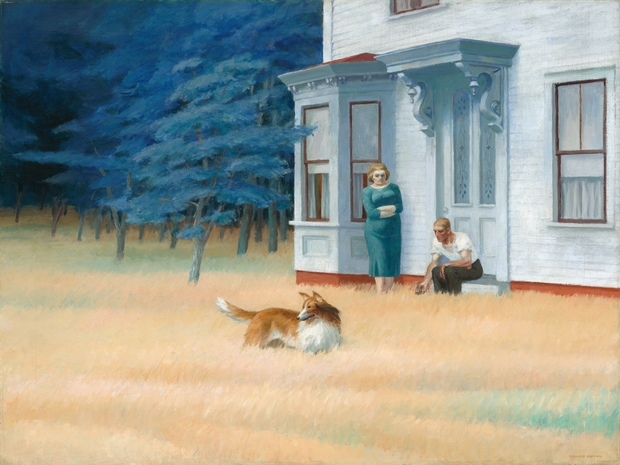 Edward Hopper painted Cape Cod Evening in 1939 in Truro, a small fishing village on Cape Cod in Massachusetts. The artist stated: “It is no transcription of a place, but pieced together from sketches and mental impressions of things in the vicinity. . . . The dry, blowing grass can be seen from my studio window in the late summer or autumn. In the woman I attempted to get the broad, strong-jawed face and blond hair of a Finnish type of which there are many on the Cape. The man is a dark-haired Yankee. The dog is listening to something, probably a whippoorwill [sic] or some evening sound.” According to his wife, the painting was originally to have been titled “Whippoorwill,” after the nocturnal bird known for its distinctive song.

This enigmatic composition is the result of a long process of deliberation that can be traced in Hopper’s surviving preparatory drawings. Several aspects of the scene are disturbing: typical of the human protagonists of Hopper's paintings, the man and woman—presumably a couple—are self-absorbed and oblivious to each other's presence; the uncut grass and encroaching locust grove are out of character with the well-maintained house; the dog's alert stance seems a portent of some imminent danger; and the advancing darkness of evening imparts a melancholy mood. In Cape Cod Evening, Hopper presents an assemblage of carefully orchestrated dissonances that convey a generally pessimistic, skeptical attitude toward human identity and humanity’s relationship with nature.