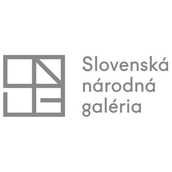 The Slovak National Gallery was established by the Slovak National Council by law (Act No. 24 of 29 July 1948). This is relatively late for Europe and it was the result of Slovak ambitions are the war, promoted mainly by Ladislav Novomeský. Historically, it created as a traditional museum of Fine Arts of local as well as wider European provenance. From the beginning, the collection of artworks from the 20th century as well as mapping the contemporary artistic culture was a vital task of the Gallery.
In the course of its development, the collections were expanded to include other spheres of visual culture. The SNG was enriching its activities by the acquisition of artefacts of Applied Art, Design, Photography and Stage Design and exploring the specific phenomenon of Naïve Art. Later, the collectors’ program expanded to include artefacts associated with the development of Architecture and Other Media.
The collection of the SNG includes now about 70,000 items, many of which are part of the national cultural heritage. The Gallery fulfils an invaluable role in the area of protection and care for monuments of tangible and intangible cultural heritage (several buildings where the Gallery resides are national monuments). The SNG became the guardian and caretaker of the national cultural heritage in the area of historical but also modern and contemporary art culture over the years and its influence spread from Bratislava into other parts of Slovakia. [source]
more >
7