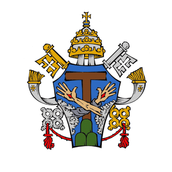 The Upper Basilica consists of a single four-bay nave with cross-vaulted ceiling bordered with patterns of crosses and leaves, a transept and a polygonal apse. The most important decorations are the series of 28 frescoes ascribed to the young Giotto along the lower part of the nave. Giotto used the Legenda Maior, the biography of St. Francis by St. Bonaventure (1266) to reconstruct the major events in the life of St. Francis. The paintings are as vivid as if Giotto had been a witness to these events. According to Vasari, they were executed in the period between 1296 and 1304.