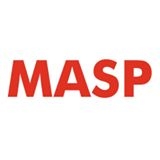 The Museu de Arte de São Paulo is a private, nonprofit museum founded by Brazilian businessman Assis Chateaubriand, in 1947, as Brazils first modern museum. Chateaubriand invited Italian art dealer and critic Pietro Maria Bardi to serve as MASP’s director, a position he held for nearly forty-five years. Acquired through donations from the local society, MASP’s first artworks were selected by Bardi and became the most important collection of European art in the Southern Hemisphere. Today, MASP’s collection contains more than 8.000 works, including paintings, sculptures, objects, photographs, and costumes from a wide range of periods, encompassing art from Africa, Asia, Europe, and the Americas.
Its striking architectural design by Lina Bo Bardi has made it a landmark of 20th-century architecture.
In removing the artworks from the wall, the easels question the traditional model of the European museum. At MASP, the vast open space, coupled with a transparent, suspended exhibition design, allows for a closer rapport between the visitors and the collection, one in which visitors choose their own paths, tracing their own histories.