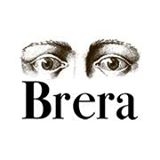 The Pinacoteca di Brera, now a museum of international repute, was initially established alongside the Accademia di Belle Arti which Maria Theresa of Austria founded in 1776 to offer the students the opportunity to study lofty masterpieces of art close up.
Brera become a museum to host the most important works of art from all of the areas conquered by the French armies. So unlike other important museums in Italy such as the Uffizi, Brera did not start out life as the private collection of a prince or nobleman but as the product of a deliberate policy decision.
Paintings confiscated from churches and convents throughout Lombardy with the religious orders’ dissolution began to pour into the museum in the early years of the 19th century, soon to be joined by artworks of similar provenance from other areas of the Kingdom of Italy. This explains why the collection comprises chiefly religious works, many of them large altarpieces, and accounts for Brera’s special aura on which later acquisitions have had only a minor impact.