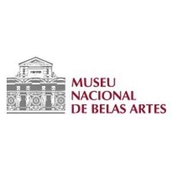 The Museu Nacional de Belas Artes (MNBA, Portuguese for National Museum of Fine Arts) is a national art museum located in the city of Rio de Janeiro, Brazil. The museum, officially established in 1937 by the initiative of education minister Gustavo Capanema, was inaugurated in 1938, by president Getúlio Vargas. The museum collection, on the other hand, takes its rise in the transfer of the Portuguese Court to Brazil in the early 19th century, when King John VI brought along with him part of the Portuguese Royal Collection. This art collection stayed in Brazil after the King's return to Europe and became the core collection of the National School of Fine Arts. When the museum was created in 1937, it became the heir not only the National School collection, but also of its headquarters, a 1908 eclectic style building projected by Spanish architect Adolfo Morales de los Ríos.

The Museu Nacional de Belas Artes is one of the most important cultural institutions of the country, as well as the most important museum of Brazilian art, particularly rich in 19th-century paintings and sculptures. The collection includes more than 20,000 pieces, among paintings, sculptures, drawings and prints, of Brazilian and international artists, ranging from High Middle Ages to contemporary art. It also includes smaller assemblages of decorative arts, folk and African art. The museum library has a collection of about 19,000 titles. The building was listed as Brazilian national heritage in 1973. [source]
more >
6