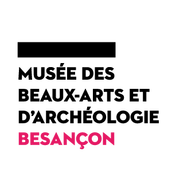 The Musée des Beaux-Arts et d'archéologie (Museum of Fine Arts and Archeology) in the French city of Besançon is the oldest public museum in France. It was set up in 1694, nearly a century before the Louvre became a public museum.

The collections of the museum mostly originated in four gifts. In 1694, Abbot Boisot gave his collection (manuscripts, printed books, medals, eleven paintings and four busts coming from the Granvelle family) to the town's Benidictine monks, on the condition that the public had access to these collections twice a week. This bibliothèque-musée Boisot (Boisot Library-Museum) lasted for the whole of the 18th century. In 1819 Pierre-Adrien Pâris, the King's architect, added his collection (38 paintings and 183 drawings including those of Fragonard). Jean Gigoux gave the museum his collection in 1894 (over 3000 drawings and 460 paintings of Spanish, English, Northern and German schools), and finally George Besson and his wife gave the museum their collection in 1960 (112 paintings and 220 modern and contemporary drawings). [source]
more >
7