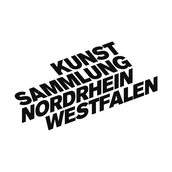 The Kunstsammlung Nordrhein-Westfalen is the art collection of the German Federal State of North Rhine-Westphalia, located in Düsseldorf. United by this institution are three different exhibition venues: the K20 at Grabbeplatz, the K21 in the Ständehaus and the Schmela Haus. The Kunstsammlung was founded in 1961 by the state government of North Rhine-Westphalia as a foundation under private law for the purpose of displaying the art collection and expanding it through new acquisitions.

During its 50-year history, the Kunstsammlung Nordrhein-Westfalen has earned an international reputation as a museum for the art of the 20th century. For some time now, however, the chronological spectrum of the collection - which was initiated through the purchase of works by Paul Klee - has extended up to the immediate present. The building at Grabbeplatz (K20), with its characteristic black granite façade, was inaugurated in 1986. An extension building was completed in 2010.

With major works by Pablo Picasso, Henri Matisse, and Piet Mondrian, among others, as well as a wide-ranging ensemble of circa 100 drawings and paintings by Paul Klee, the permanent collection of the Kunstsammlung offers a singular perspective of classical modernism. The collection of postwar American art includes works by Jackson Pollock and Frank Stella and by Pop artists Robert Rauschenberg, Jasper Johns, and Andy Warhol; other high points of the collection are works by Joseph Beuys, Gerhard Richter, Tony Cragg, Emil Schumacher, Sarah Morris, Katharina Fritsch, Nam June Paik, Wolf Vostell and Imi Knoebel.

Opened in spring of 2002 as an additional venue of the Kunstsammlung was the Ständehaus (K21) set alongside the Kaiserteich, a building which formerly served as the seat of the Parliament of North Rhine-Westphalia. Among the highlights on view there are a number of artist’s rooms and large-scale installations, a special focus of this portion of the collection.

The Schmela Haus, located in Düsseldorf’s historic district, joined the Kunstsammlung in 2009 as a "rehearsal stage" and lecture venue. When it first opened in 1971, this protected landmark by Dutch architect Aldo van Eyck (1918–1999) was home to the Galerie Alfred Schmela, and was the first building to be erected in the Federal Republic of Germany expressly as an art gallery. Since spring of 2011, the Schmela Haus is also used again for exhibitions.

As an institution with three locations, the Kunstsammlung has more than 10,000 m² of exhibition surface at its disposal.

With its accompanying programs and special projects, the Education Department strives to make the works held in the Regional Collection accessible to visitors of all ages. Available for this purpose are a number of studios, a media workshop, and a "laboratory" which is integrated into the exhibition galleries. [source]
more >
4