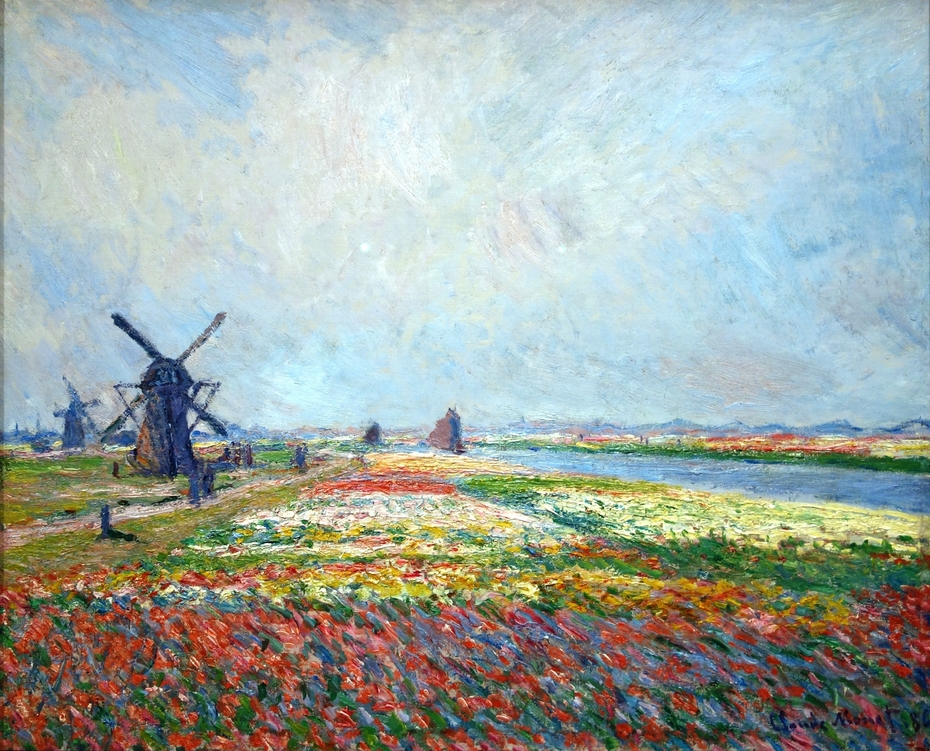 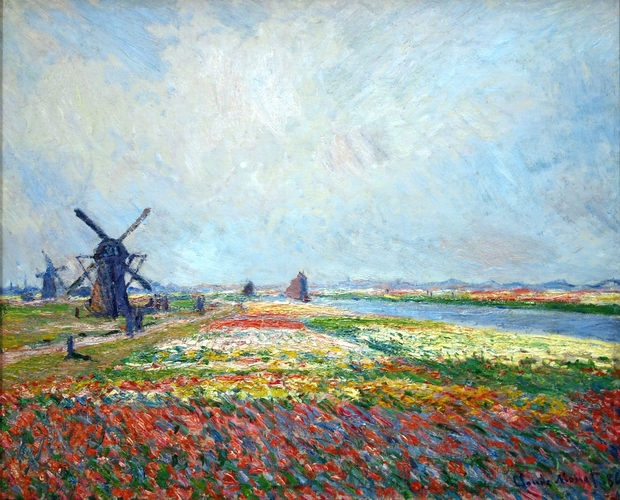 Tulip Fields near The Hague

1886
The French painter Claude Monet spent ten days in the Netherlands in 1886. He was captivated by the Dutch landscape, with its windmills and bulb-fields, and produced five paintings of them. This example was sold the same year by the art dealer Theo van Gogh, so it is quite possible that his brother Vincent saw the work. Monet painted the sea of flowers in every possible colour, while the sky, the windmills and the buildings on the horizon are rendered in muted blue, grey and purple tones, with the occasional pink accent. Theo wrote to Vincent in 1885 telling him how much he admired Monet’s Impressionist work, and Van Gogh was able to confirm his brother’s opinion in person when he moved to Paris the following year. He was deeply impressed by the fluid brushwork and bright colours of Monet and his fellow Impressionists.