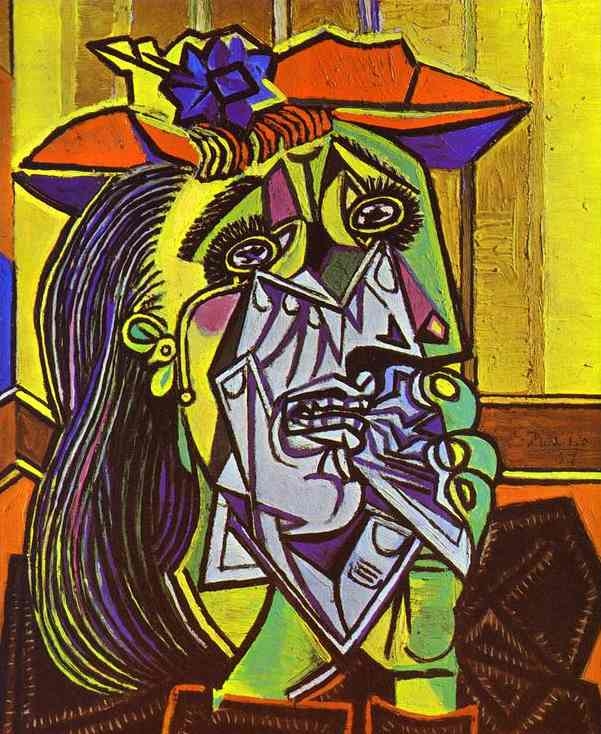 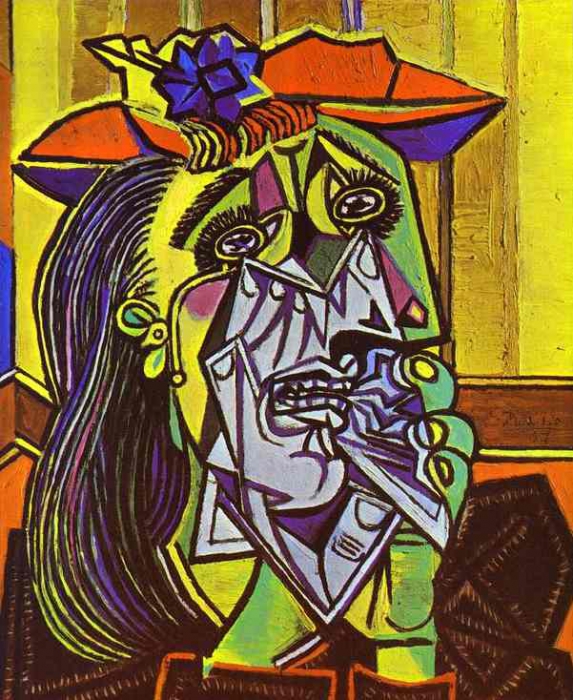 1937
"One of the worst atrocities of the Spanish Civil War was the bombing of the Basque town of Guernica by the German air force, lending their support to the Nationalist forces of General Franco. Picasso responded to the massacre by painting the vast mural Guernica, and for months afterwards he made subsidiary paintings based on one of the figures in the mural: a weeping woman holding her dead child.Weeping Woman is the last and most elaborate of the series. The woman's features are based on Picasso’s lover Dora Maar." source

Tate Modern, London, UK
Acquisition: Accepted by HM Government in lieu of tax with additional payment (Grant-in-Aid) made with assistance from the National Heritage Memorial Fund, the Art Fund and the Friends of the Tate Gallery 1987

"For me she's the weeping woman. For years I've painted her in tortured forms, not through sadism, and not with pleasure, either; just obeying a vision that forced itself on me. It was the deep reality, not the superficial one." - Picasso

"Dora, for me, was always a weeping woman....And it's important, because women are suffering machines." - Picasso