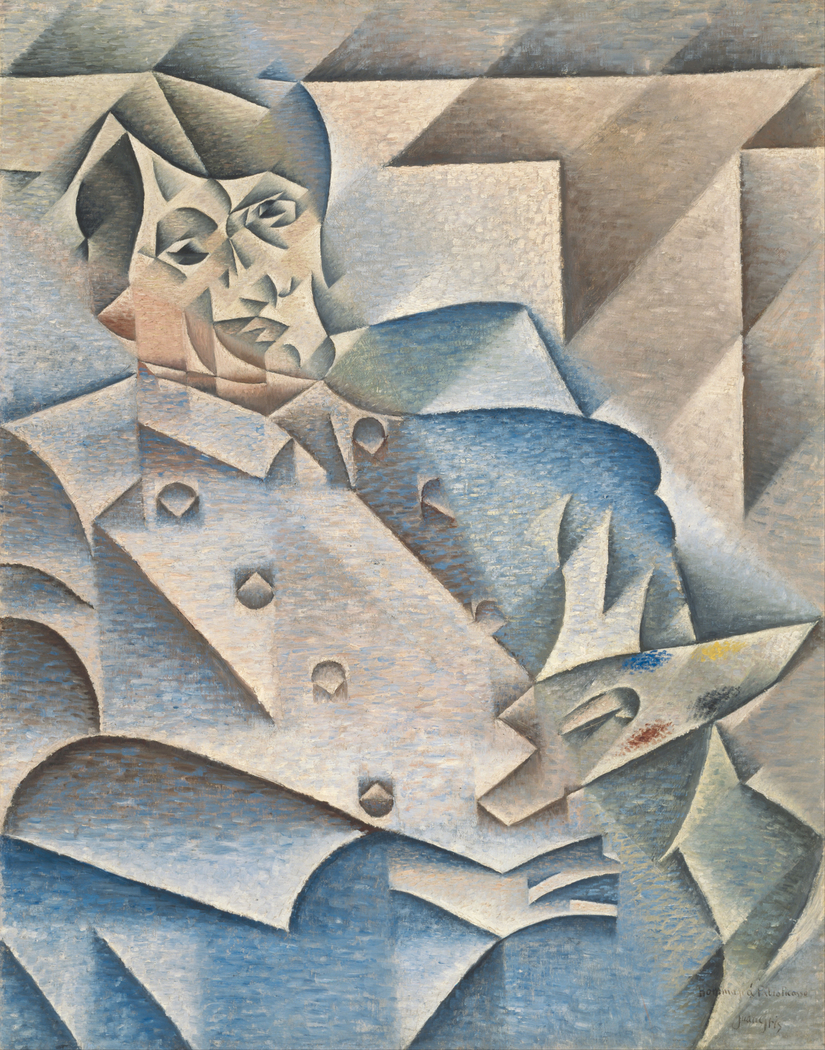 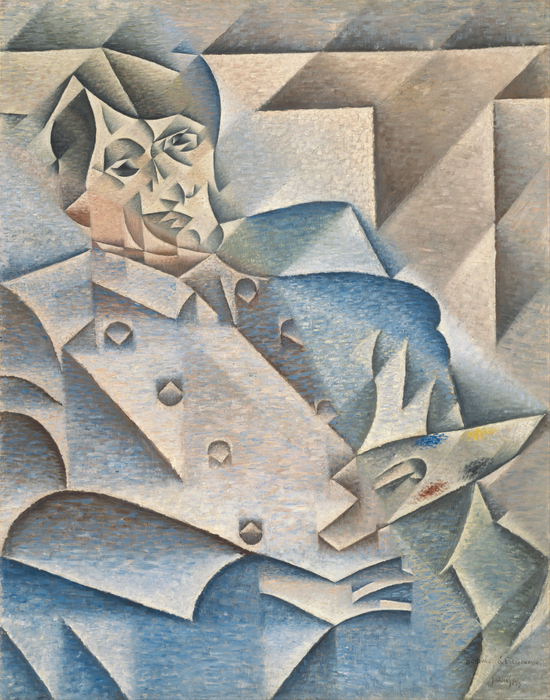 1912
In 1906 Juan Gris traveled to Paris, where he met Pablo Picasso and Georges Braque and participated in the development of Cubism. Just six years later, Gris too was known as a Cubist and identified by at least one critic as “Picasso’s disciple.” Gris’s style draws upon Analytic Cubism—with its deconstruction and simultaneous viewpoint of objects—but is distinguished by a more systematic geometry and crystalline structure. Here he fractured his sitter’s head, neck, and torso into various planes and simple, geometric shapes but organized them within a regulated, compositional structure of diagonals. The artist further ordered the composition of this portrait by limiting his palette to cool blue, brown, and gray tones that, in juxtaposition, appear luminous and produce a gentle undulating rhythm across the surface of the painting. Gris depicted Picasso as a painter, palette in hand. The inscription, “Hommage à Pablo Picasso,” at the bottom right of the painting demonstrates Gris’s respect for Picasso as a leader of the artistic circles of Paris and as an innovator of Cubism. At the same time, the inscription helped Gris solidify his own place within the Paris art world when he exhibited the portrait at the Salon des Indépendants in the spring of 1912. (Source: Art Institute of Chicago)