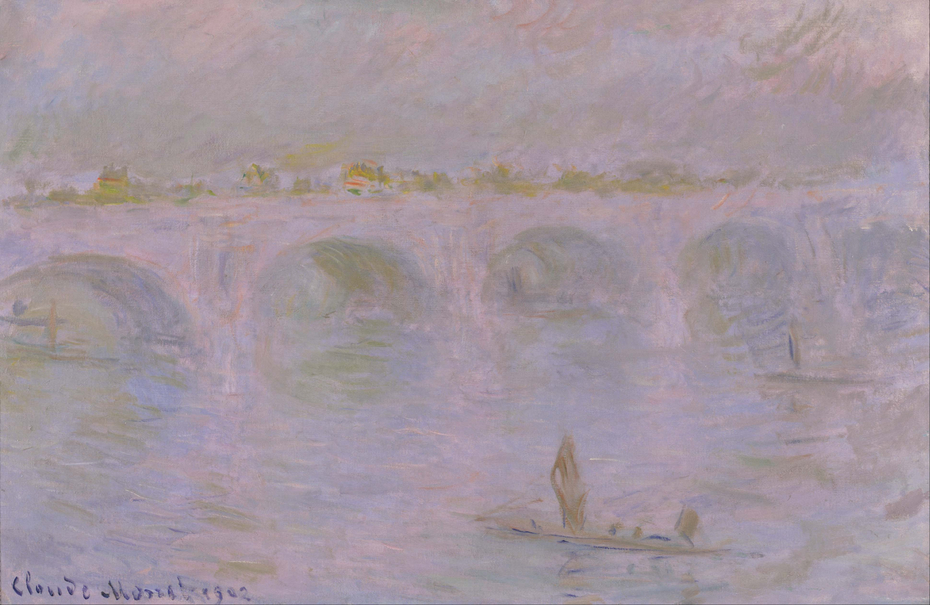 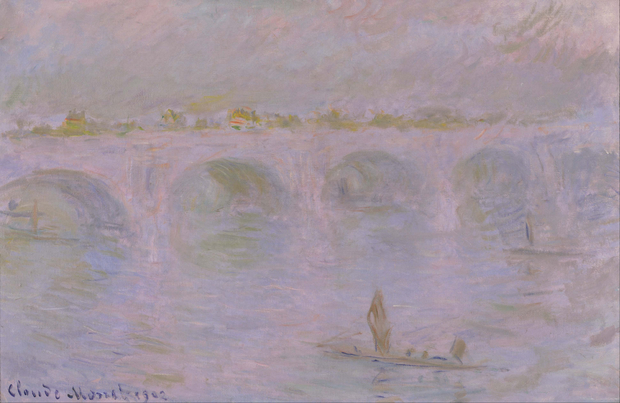 1902
Monet visited London several times after 1871. He created many fine works during his three trips in 1899, 1900 and 1901. Setting up his easel on the balcony of the Savoy Hotel that faces the Thames River, Monet painted works that combined the three motifs of the Waterloo Bridge, Parliament and Charing Cross Bridge. This painting is one of this series of works. Caught in a diagonal bird's eye view, the Waterloo Bridge is shown in a slightly reddish palette, with the figures and horses crossing it seeming to float against London's trademark fog. The light faintly shining from the surface of the water is diffused by the vague fog before the object of the bridge which definitively recreates a three dimensional space. The hard compositional element of the bridge is almost completely obscured, and its shape is only slightly visible in the pigments that reflect light. The NMWA collections also contain a painting by Monet of Charing Cross Bridge in London. (Source: Masterpieces of the National Museum of Western Art, Tokyo, 2009, cat. no.77)