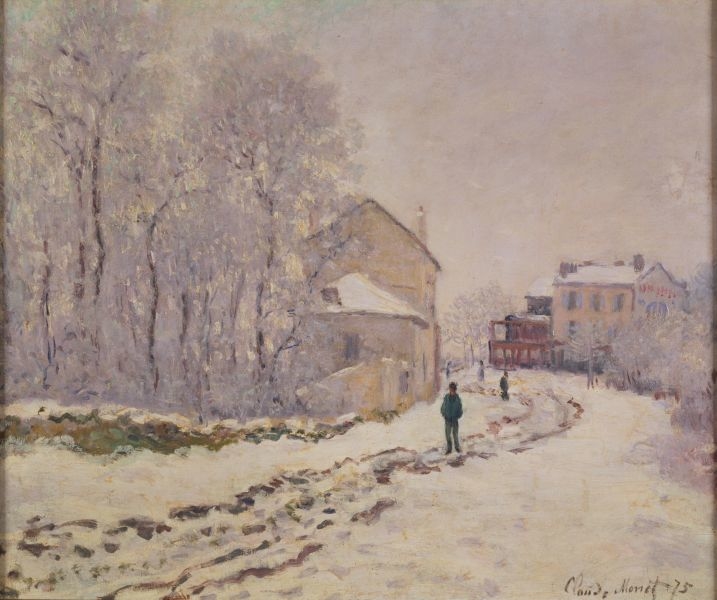 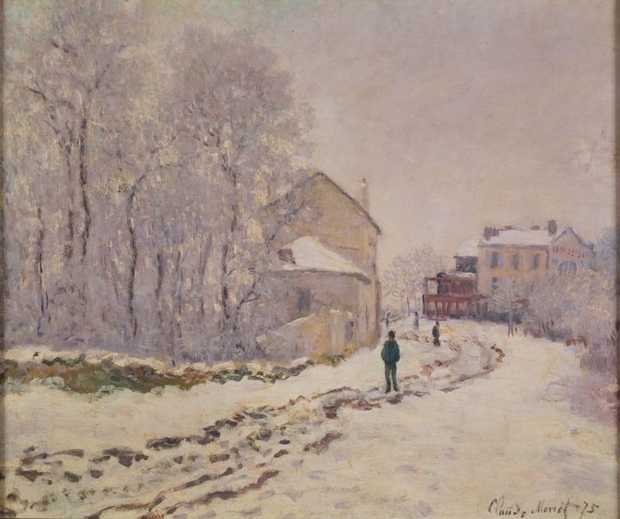 1875
The town of Argenteuil is situated along the Seine just a short distance from Paris by train, and was known as a favorite destination for weekend tourists from Paris who enjoyed boating. Monet lived in this region from 1871-78 with his wife Camille and their newborn first son Jean. This seven-year Argenteuil period can be called Monet's formative period as an Impressionist. He created several works during this period that abound with freshness. Motifs that attracted Monet included the yachts on the Seine, and as can be seen in this work, the sights of the town's streets. This work painted during the winter of 1875 depicts the new Saint-Denis boulevard just before it was finished, and the railway station. Once Monet began painting works out of doors he immediately began creating snowscapes. The subject, held in low esteem by his fellow artists, was enthusiastically taken up by Monet, who was fascinated by the subtle play of light on the surface of the snow. He painted works filled with huge falling snowflakes, and others such as this depicting the bright morning light after a snow fall. All of these works show Monet's involvement with ever-changing nature and his sensitivity to subtle nuances of shadow. (Source: Masterpieces of the National Museum of Western Art, Tokyo, 2009, cat. no.71)