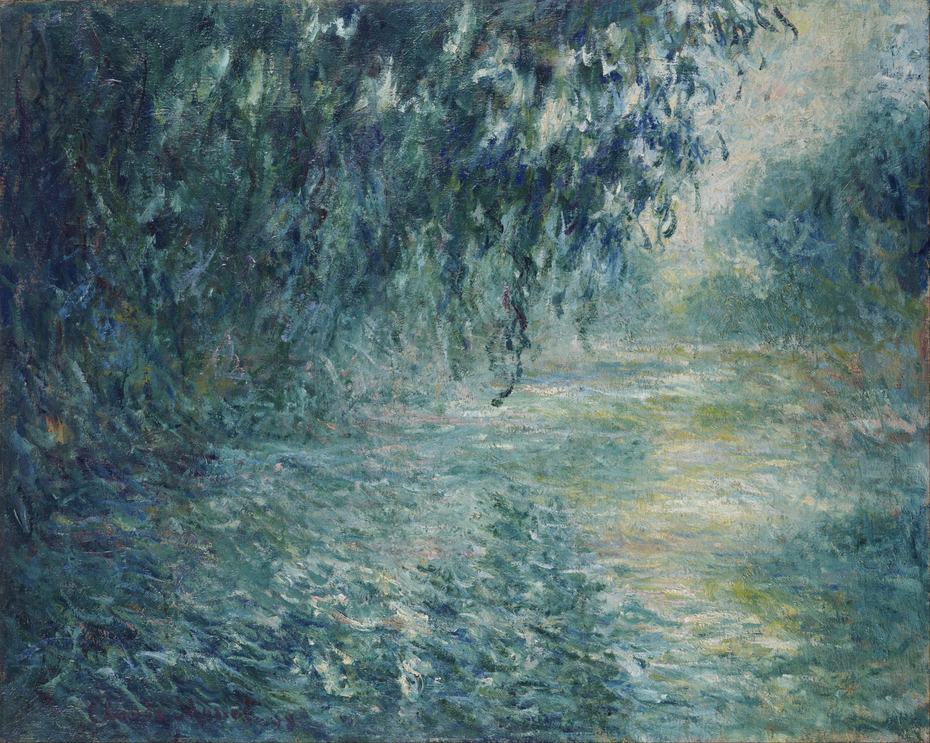 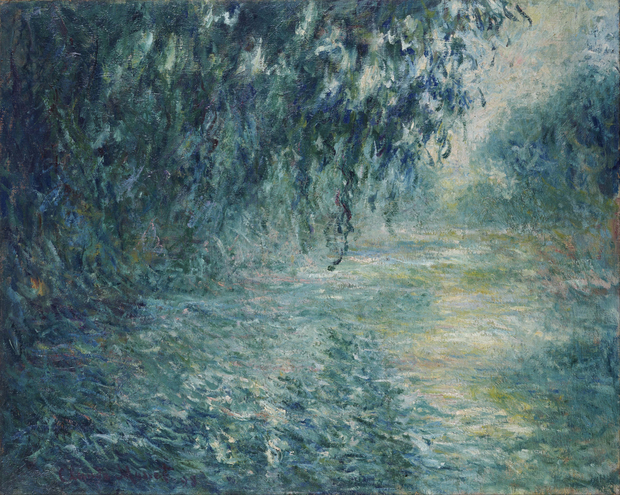 Morning on the Seine

1898
Monet woke up early in the morning to create the "The Seine in the Morning" series during the years 1896-97. The series is known for its introduction of a decorative effect and the numerous colors used in their depiction of the misty Seine river near Giverny on summer mornings. This work, like the others in the "The Seine in the Morning"series, was painted a set time in the morning from a particular spot along the Seine. Willows float along the surface of the river and waves wash over clumps of grass as the changing forms of nature resonate in Monet's vibrant brush strokes. The movements of the brush which mimic the wind moving amongst branches, leaves and waves also directly convey the tension of Monet's attempts to capture the moving forms of nature in a single instant. (Source: Masterpieces of the National Museum of Western Art, Tokyo, 2009, cat. no.76)