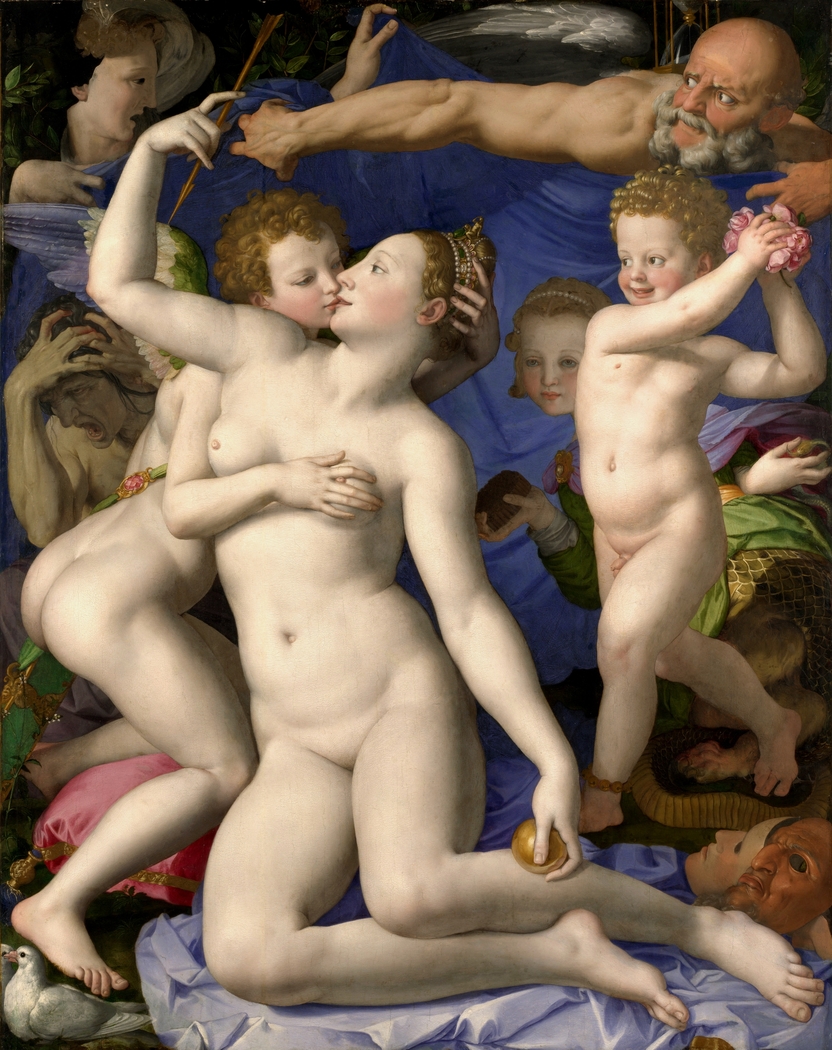 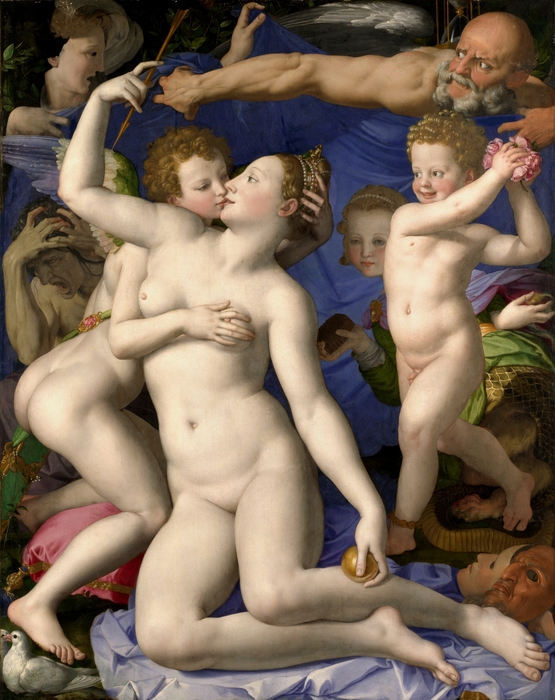 1545
The picture is likely to be that mentioned in Vasari's 'Life of Bronzino' of 1568: He made a picture of singular beauty, which was sent to King Francis in France; in which was a nude Venus with Cupid kissing her, and on one side Pleasure and Play with other Loves; and on the other, Fraud, Jealousy, and other passions of love. Venus and Cupid are identifiable by their attributes, as is the old man with wings and an hourglass who must be Time (not mentioned by Vasari). The identity of the other figures, and the meaning of the picture remain uncertain.

The howling figure on the left has been variously interpreted as Jealousy, Despair and the effects of syphilis; the boy scattering roses and stepping on a thorn as Jest, Folly and Pleasure; the hybrid creature with the face of a girl, as Pleasure and Fraud; and the figure in the top left corner as Fraud and Oblivion. The erotic yet erudite subject matter of the painting was well suited to the tastes of King Francis I of France. It was probably sent to him as a gift from Cosimo I de' Medici, ruler of Florence, by whom Bronzino was employed as court painter. Bronzino was also an accomplished poet. The picture reflects his interest in conventional Petrarchan love lyrics as well as more bawdy poetic genres.